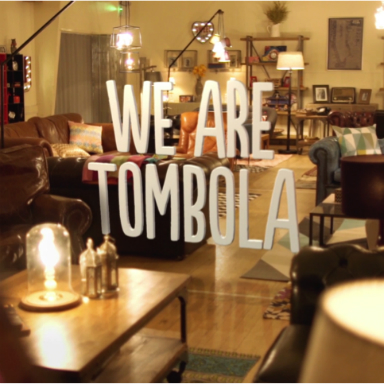 We're really pleased to have just launched our latest creative campaign for tombola, promoting its varied and unique games to new and existing players.

Building upon the existing successful creative theme we’ve carved out for tombola, we set about continuing to capture the spirit of the brand and celebrate their players.

After originally being appointed by tombola in July 2012, it’s great to see how we’ve developed the brand’s identity and are still doing so three years on.

tombola’s Head of Marketing, Dawn-Elizabeth Howe, said ‘We are delighted to retain Über for our 2015 campaign. Over our three year relationship, Über have truly immersed themselves in our brand ethos and managed to communicate acutely with our audience, as well as opening up the brand to new players.’

Our Managing Director, Greg Clark, commented: “We have retained the current strategy of showcasing tombola’s unique games but also featuring real players. These players bring energy and fun to the advert. It was important to emphasise the community aspect of tombola and we feel the adverts really reflect this.”

This latest creative showcases tombola’s exclusive games whilst featuring real players. The TV commercial is on screens now, including during the Celebrity Big Brother ad break this evening. To watch the ad online head over to tombola's YouTube channel. Great work from Team Über!