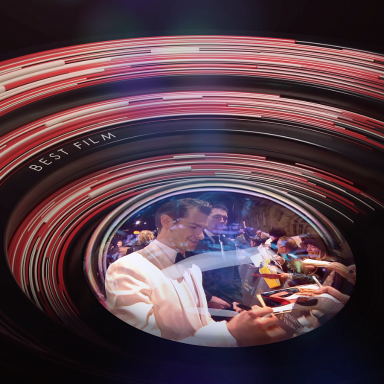 Having worked with British Academy of Film and Television Arts (BAFTA) for over four years, we're really pleased to once again reveal the trailer for the EE British Academy Film Awards.

Set to build hype surrounding the annual event and based on BAFTA’s campaign artwork, the trailer follows in the footsteps of the previous year’s film, which saw over 4 million views online. We're proud of the long running relationship we've established with BAFTA on the back of successful projects, having recently worked on brochures and events collateral for BAFTA 195 Piccadilly, a commemorative Richard Attenborough night and BAFTA Film Gala dinners.

The 60 second trailer will air in cinemas nationwide, running two weeks prior to the ceremony held on Sunday 18th February at The Royal Albert Hall. Other versions will air on the BBC and online, with a cut down version included as part of a teaser campaign.