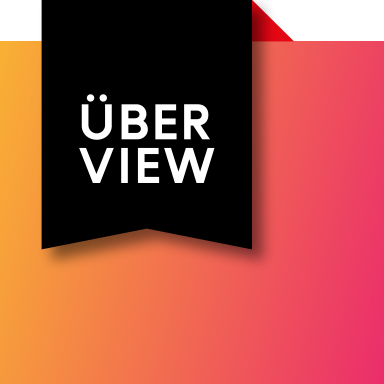 Snapchat may have invented it, but Instagram was quick to repackage it in a fancy format. With a (slightly) different look, Instagram took on the upcoming platform, allowing for the battle to commence with their similar output.

It didn’t take long for Instagram to compete with Snapchat’s impressive metrics. After launching Instagram Stories in August 2016, a TechCrunch report found that Snapchat Stories view counts dipped by 15-40%. There was also a decline in posting volume. In contrast, Instagram Story view counts soared, with influencers seeing engagement rates 3-5X higher than on Snapchat. Not only that, but Instagram Stories hit 150 million daily users within six months, only slightly lower than the number of daily active users for Snapchat’s entire app. Online influencers have also noticed a shift, with our recent survey showing 55% prefer using Instagram Stories over Snapchat. It’s a close result, but a market that Snapchat was previously leading.

Results like this have quickly placed Instagram as a game changer, allowing the media to announce that Snapchat has been ‘crushed’ as a result, but lower figures can work in Snapchat’s favour. Instagram, with its 600 million users may outperform Snapchat on numbers, but with with less marketers on Snapchat it does mean less competition.

Despite this, the claim that Snapchat is ‘dead’ has still been off putting for businesses allocating media budgets, with companies reluctant to invest in something that’s on its way out. However, giving up on Snapchat could be jumping the gun – although Instagram may be seeing results, the former still has impressive engagement metrics. The average Snapchat user spends around half an hour on the app per day, with 60% of users creating content. That’s a lot of dog filter selfies sent back and forth. Results compare well with Instagram’s figures, where users spend only 15 minutes per day within the app, with activity limited to mostly browsing.

Beyond key figures, there are features on each platform that work to make both anattractive prospect for brands. While the overall concept is very similar, some differences are key.

User interface is deemed better on Instagram, with features like easily pausing a video and changing stickers working well. Not only that, but the UI for Instagram Stories has pushed how engaging advertising on Stories can be - there are more options than Snapchat when planning robust and targeted ads, aided with creation through Facebook’s Ad Manager.

Snapchat tends to be streets ahead with tech, showing more advanced filters, voice recognition and overlays. This started out as Snapchat’s ‘thing’, and seems something they’re keen to continue to push as their niche, with more options on geofilters and sponsored filters. Brands have also done some great things with these capabilities, with the likes of L’Oreal and HBO all having created sponsored filters in recent months.

One area Snapchat does lack is its ability to search and find new users, relying on only word of mouth and promotion on other platforms. Unlike this, Instagram makes searching easy, both for accounts and hashtags using Stories.

A final key feature for Instagram is the fact everything is already in one place. The audience is already there, ready to engage with visual content. On the other hand, Snapchat has built its audience from scratch, using only it’s stories as a pull. For influencers and brands already established on Instagram, it makes their Stories feature an attractive prospect.

Snapchat has a well known status as a favourite with the younger generation, with 60% of users under 25. Penetration rate among 18-24 year olds is also twice that for 25-34 year olds. It’s soon become a valuable tool for brands with defined personalities, with scope for quirkiness, creativity and spontaneity on the platform using quick fire visuals. Whether it’s sharing glimpses of the company, or adding some personality to the brand, there are a whole range of fun opportunities that go beyond a basic filter.

In comparison, Instagram has a slightly older demographic, with a Pew Research study showing 59% of all online 18-29 year olds in the U.S use the platform. Instagram also does well with 30 – 49 year olds, with 33% of internet users in this age using it. Stylized content tends to be key on Instagram, taking a more professional look than Snapchat, making it great for product selling and showcasing items in the best possible light. After all, Instagram is known for users sharing their ‘highlight reels’.

Which network is better for you?

It would make everyone’s life easier if there was a clear winner, but with ‘Stories’ in general still relatively new, the reality is that both Snapchat and Instagram continue to be key players in social media. Both have advantages and disadvantages, and while the two are different, that doesn’t mean one is better than the other.

Based on current results, Instagram looks like it’s set to blow Snapchat out of the water in terms of user base and growth. It also shows a developed user experience, welcomed by its audience. This, alongside considering if you’ve already got an established following on there makes Instagram Stories a popular option. However, Snapchat shows a lot of scope for developing brand personality, and its relaxed nature means its more open to quick fire updates. With budgets, Instagram was always likely to appear as a safe bet, but for those looking to add another level to branding, Snapchat can still show great results.

At Über, we’re advising clients to first trial content across both platforms, because contrary to belief - Snapchat hasn’t yet kicked the bucket. From there, we can help clients to look into what content is and isn’t working, and whether or not to focus on one platform. For now, we’re still seeing impressive figures from content across both Snapchat and Instagram.