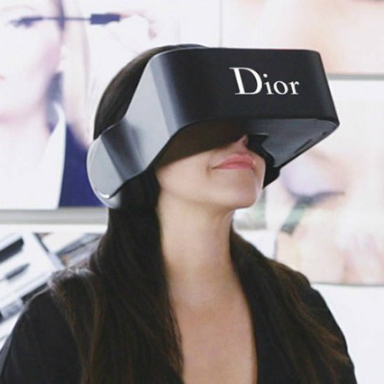 As the AW16 shows roll out, it’s virtual reality that looks like it could soon reshape the future of fashion week. Fashion house Balenciaga has kicked things off, as the first to announce that its show will be streamed to mobile and tablet devices in 360 degree, VR footage. How virtual reality will be utilized hasn’t been released, but it’s not thought that the FROW will be asked to wear VR headsets. Instead, viewers may be able to move their phones or manipulate screens for control of their view. With big fans of both fashion and virtual reality making up team Über, we’re looking forward to seeing how it’s utilized.

There's more on virtual reality for fashion shows over on Dazed.

IHOP has worked on really making the most of Twitter’s Tailored Audiences feature, with a set of personalized Promoted Tweets in the lead up to the brand’s National Pancake Day event. Targeting approximately 7.3 million users, IHOP has set up 37 custom audiences based on 20 popular names and their derivatives. Coca Cola was one of the first to do it, but IHOP have combined name based targeting with GIFs, a particularly smart move as hype surrounding Twitter’s newly introduced GIF button hits a peak.

We’re excited to hear that the Student Colour Run 2016 will again be coming past our Sheffield office, with a route set to pass some of the best urban landmarks in the city… It’s great to see that Park Hill has made it onto the list! The run starts just up from the office at the South Street amphitheatre, a great spot to take in our impressive views of the city. Sheffield’s Student Colour Run doesn’t take place until Saturday 30th April, but we’ll definitely be heading along to see our local area awash with colour!