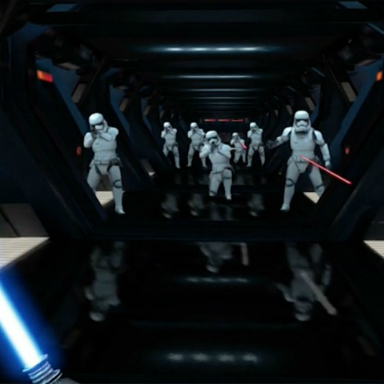 During the week we discovered the Google Lightsaber Escape, an interactive game launched as the latest Star Wars film was released. To use the lightsaber, a specific URL is entered into the phone’s Google Chrome search engine, allowing for the desktop site to be transformed into an interactive battlefield. It’s been around a few months, but the novelty is yet to wear off… For procrastinators, it’s a dream/nightmare.

Mother’s Day saw Pandora making the most of Snapchat’s new geofilters, with the creation of a branded filter. Users were encouraged to take a snap with their mum and apply the filter, with the help of five mother and child blogging duos to push the campaign. It’s brilliant to see brands working to build a user base on Snapchat, as well as incorporating some of the newest advertising capabilities.

Read more about the campaign over on Marketing Magazine.

This week Über had the chance to attend Paris Fashion Week, with Social Media Manager Lydia heading along for some of the shows. It was great to hear how social media was integrated this season, with MAC a stand out brand. With Tumblr their platform of choice, the makeup favourite took to creating inspirational content to be widely shared. It turned out to be a real success, with MAC seeing a 700% increase in traffic to Tumblr during the campaign.

Find out more about MAC using Tumblr as part of its social strategy here.