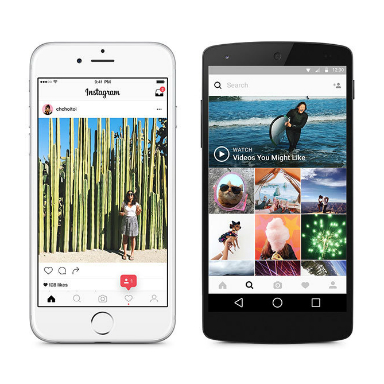 This week’s big social news came with Instagram revealing its new logo and UI, distancing itself from the previously distinctive look. We caught up on this interview with Ian Salter, Instagram’s Head of Design, who said the update reflects how content on the app has diversified. Some old features were referred to, with the new gradient said to be a nod to the recognizable rainbow. Generally, sentiment analysis showed that on Twitter the verdict was positive. It’s taken us some getting used to the UI, but overall we’re liking the new, sleek look.

Yikes. Fashion ecommerce site Lyst this week launched what it claimed to be a new ‘canine collection’, allowing customers to purchase puppies and have them delivered straight to their door. Unsurprisingly, it went down like a lead balloon on Twitter, causing plenty of conversations. A lot had worked it out as a marketing move, but still it saw a largely negative response. All was revealed as a move to raise awareness of fashion dogs being abandoned, but again most condemned the campaign. We’re not sure this did much for brand evangelism, but it did lead to a lot of talk.

Read more about the stunt here.

As fashion mags increasingly turn to online outlets, it’s good to see Grazia working with Facebook for its latest community issue. Using Facebook Live, Grazia will be asking readers to shape and edit the issue in real time over a five-day period. The issue will allow for fans to contribute to the magazine’s Monday editorial conference, as well as add to its regular features. It’s a great way for Grazia to get some input from its readers, and even better for driving social engagement, encouraging users to see the worth in following their accounts. We can’t wait to see how it turns out!

There's more on Grazia's community issue over on The Drum.