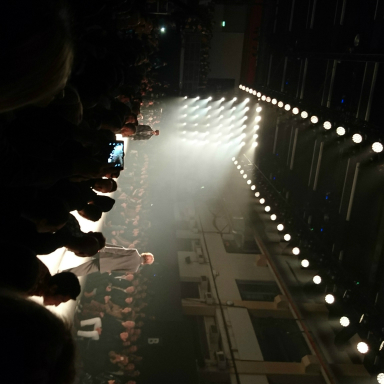 From what we’ve seen from the Deadpool trailer, super serious marketing probably wouldn’t have been appropriate. Instead, Twentieth Century Fox has gone for the complete opposite, in the form of parody posters and emoji billboards. With a release around Valentine’s Day, ads have been shared showcasing the film as your typical rom-com. For fans, it’s been a big hit… So much so, that fan made spoofs have since been cropping up on YouTube. With Ryan Reynolds sharing the image on Twitter with ‘let’s cuddle like koala bears from hell’, it’s tongue in cheek vibes all round.

Periscope got a big boost this week, with the announcement that their live streams will now show natively in Twitter feeds. Gone are the days of having to click through, following links being replaced with the broadcast, auto playing within the Tweet. This, alongside the rumors of a 10k character limit being introduced, only reinforces Twitter’s drive to encourage users to actually stay on the platform, rather than follow external links. We’re looking forward to seeing a lot more live streaming on social platforms in 2016!

We finished last week with a large dose of fashion, following a trip to the Topman Design LCM Mens Show. Featuring the latest looks for A/W16, models were decked out in crushed velvet, slouchy satin and even slouchier beanie hats. With a great soundtrack and some seriously impressive staging, we were really happy to be invited along! Is it too early for us to get excited about this year’s autumnal outfits yet?!

You can watch show over on Topman's YouTube page.