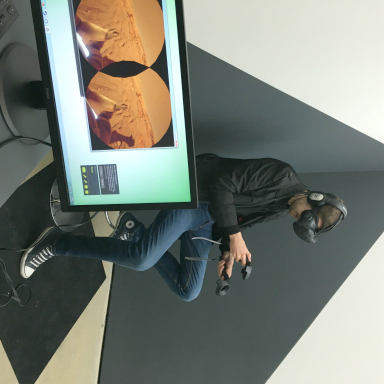 The social media professionals amongst us have rejoiced at hearing Facebook is working on tracking how its ads lead to offline purchases. Looking to solve the issue of being able to quantify true results from social media, Facebook has just announced the introduction of new ways to measure how effective online ads are at increasing in store visits and offline sales. The platform has been working on several new measurement tools that allow companies to see how many people visit a store location following viewing a Facebook campaign. These features all go on the premise that user’s location services are enabled, but it’s certainly a step in the right direction for better social media measurement.

This week saw Sheffield Doc/Fest in full swing, an event we always look forward to. It’s the third time we’ve worked on creating the Doc/Fest app and once again it was great to see festival goers putting it to good use. With a jam packed 5-day schedule, this year’s program also included virtual reality projects, something we couldn’t wait to try out. Art Director Dale had a go at exploring the surface of Mars and gave it a big thumbs up. It’s been another great year for Doc/Fest, so here’s to 2017!

With a whole host of Star Wars fans in the office, we’ve been really hyped up to see this mixed reality project from Lucas Film. Created by Magic Leap, the partnership involves a demonstration of new technology with characters R2D2 and C-3PO. A video clip shows two holographic droids entering a room and interacting with their surroundings. While it could be seen as some competent visual effects, captions state ‘Shot directly through Magic Leap technology. No special effects or compositing were used in the creation of this video’, instead combining virtual and augmented realities. Magic Leap claimed ‘Mixed Reality Lightfields’ were designed to harness the power of imagination and take you to places you didn’t think were possible, which seems like a great collaboration for Star Wars! With this only a short clip, we can’t wait to see what else is to come.

Find out about Star Wars mixed reality projects over on Mashable.