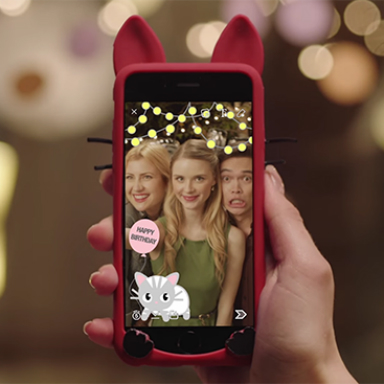 Results released by Thinkbox have shown TV ad spend revenue has totaled over £5bn, the sixth year we’ve seen an increase. Figures showed that online platforms Google, Facebook and Netflix were driving this, with over 60 percent of their marketing budgets spent on TV advertising. Facebook alone was up there with a £10.8m investment for the ‘Our Friends’ campaign. Lindsay Clay, Chief Executive of Thinkbox stated that ‘no other form of advertising is as trusted’, with online businesses as aware of this as any other.

Read more about the figures over on The Drum.

Snapchat filters have been supercharged this week, with users now able to create their own geofilter overlays and define the areas they cover. Users can design the filter itself, before it’s submitted to Snapchat for approval, with the option to run it for as little as $5. It’s just another way that Snapchat is monetizing itself, as it quickly becomes an attractive advertising prospect. For brands looking to utilize the platform in their campaigns it’s definitely an exciting introduction!

This week saw the opening of the new home for Sheffield Hallam’s Institute of Arts, now situated in what was formerly the Head Post Office. The grade II listed building makes up part of the view from our Park Hill office, so it’s great to hear that it’s being put to good use. Some of the team has already been over to check it out – we’ve been told it’s just as impressive as it looks!