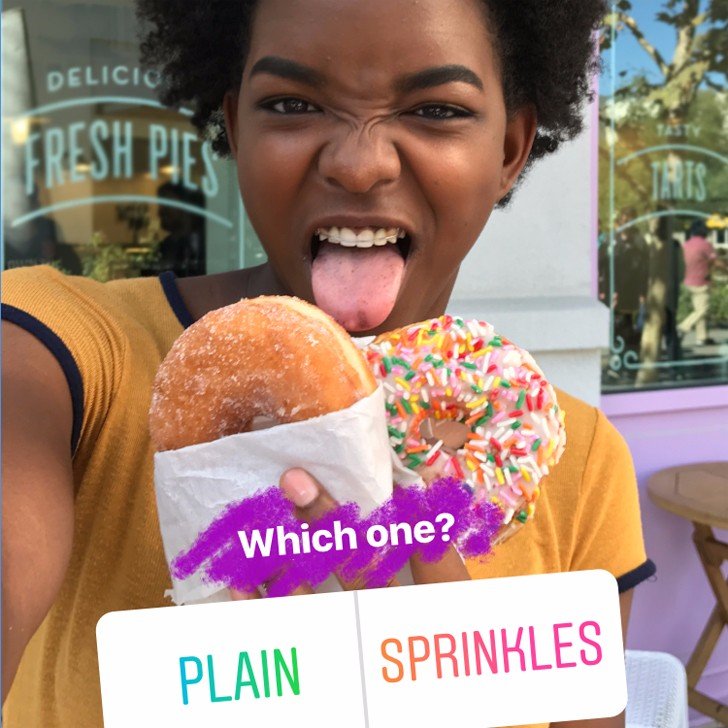 A recent survey has suggested that teens are in fact rebelling against social media, with almost two-thirds of schoolchildren saying they would not mind if social media had never been invented.

Rather than being the champions of social media, the survey of almost 5,000 students found that there was a growing backlash amongst them, as 71% of pupils admitted to enjoying digital detoxes as an escape. Other figures included 52% saying social media made them feel less confident, and 56% claimed they were on the edge of addiction. You can read more on the survey here.

Instagram is hot on rolling out new features, with polling stickers in Stories the latest addition. The introduction adds another level of interactivity to its platform, and again helps them to push the Stories feature.

Adding polls works similar to any other stickers used on Instagram, but they also the offer option to customise the question and choices. Viewers are able to tap on an option to vote, and then see the overall results so far. The sharer can check their results through the viewers list, so there’s no chance of anonymously adding your opinion.

For brands, it’s not only great for engagement but also handy for doing some quick market research.

Whoops. But also, a whoops that worked out pretty well. It’s the Social Media Manager’s worst nightmare – realising that you’ve shared your personal post on the brand account. Whether it’s sharing what you’ve had for tea or in this case – what the baby’s been up to, it can be awkward to come back from.

Thankfully for the team at NPR, the update on ‘Ramona’s’ day was taken in good humour (with most assuming it was actually an update about a cat). Fessing up to the mistake went down well and the post saw plenty of engagement. Followers are now patiently waiting on an update on Ramona…