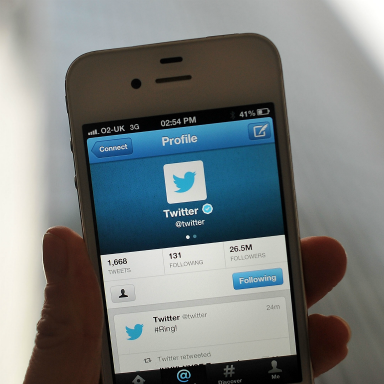 Some of the biggest news in social this week comes from Twitter, after announcing their plans to trial longer character limits to help users ‘easily express themselves’. Currently, the limit is 140 characters, which many users of the platform find tricky… Any Social Media Manager knows the struggle when trying to fit all brand key messages into a sentence or two!

The verdict on the trial has been mixed, with many with the prospect of no longer limiting their thoughts, and others loyal to the snappy style Twitter has always championed. Please, no one tell Donald Trump that he may soon have more characters to play with…

Online recommendations are easily come by, especially through social media. Even on Facebook users can ask for recommendations, whether it’s looking for where to find the best fry up or or sort out a plasterer short notice. Offline though, there’s less of this – which inspired London-based artists Scott Kelly and Ben Polkinghorne to create a series of installations commenting on the online recommendation system, but in an offline setting. With ‘People who liked this also liked’ banners, the artists have shared similar options based on settings such as beaches, playgrounds and nature parks. Have a flick through their work here.

Is there any stopping Instagram?! Currently – no. When it comes to user growth, Instagram is still increasing rapidly, having reached a new milestone of 800 million monthly active users. Yep, it’s still miles behind Facebook, but in comparison with platforms Twitter and Pinterest (Snapchat and Linked in don’t provide official monthly user counts), Instagram is starting to pull away from the pack. It’s becoming the dominant player, with 100 million more monthly active users in the last 5 months only confirming this.