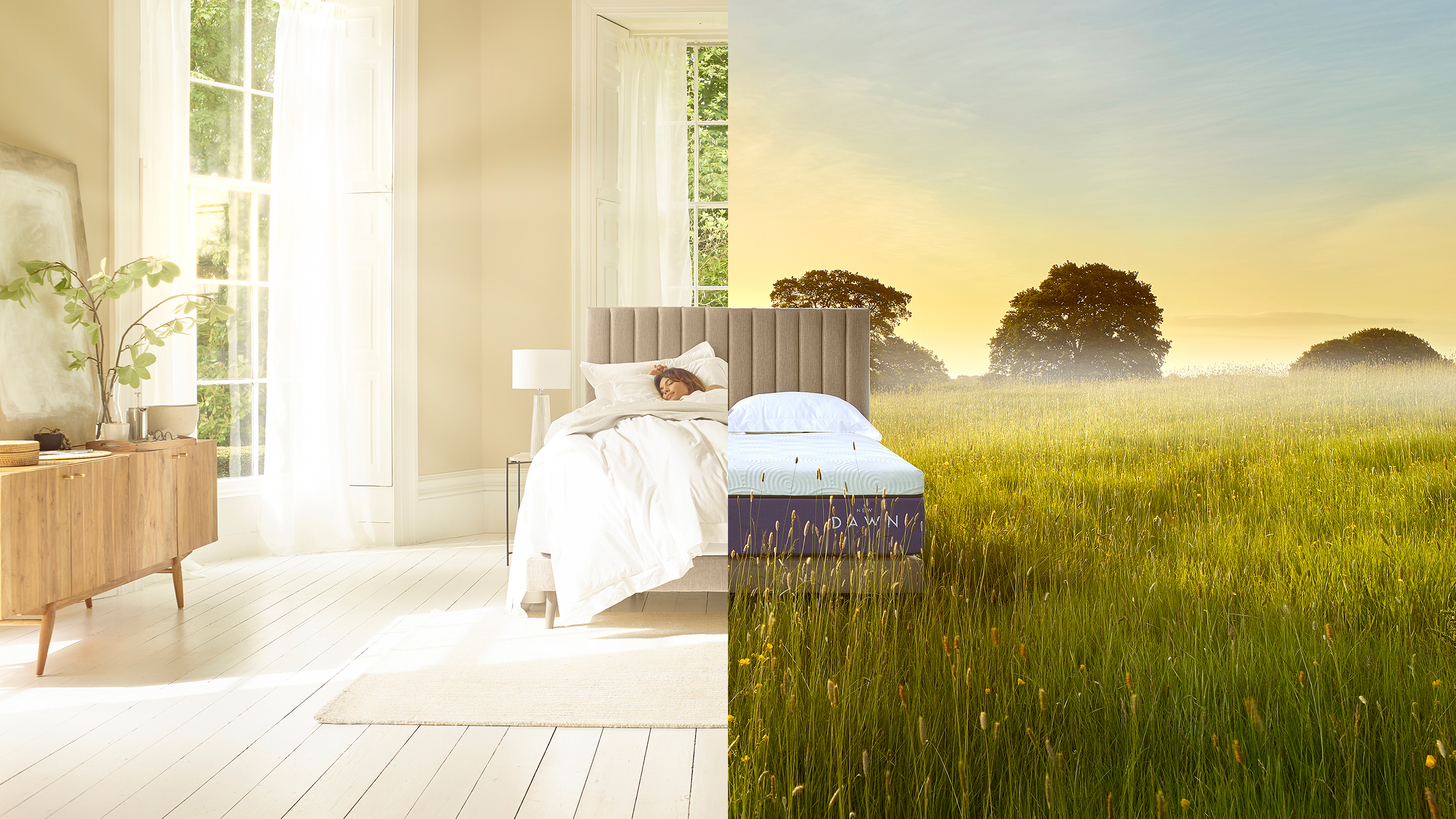 Harrison Spinks is a fifth generation family bedmaker, handcrafting premium luxury mattresses since 1840 and is one of Great Britain's most established, innovative and sustainable bed manufacturers. All their mattresses are 100% foam, glue and FR chemical treatment free and fully recyclable – better for a healthy sleep and kinder to the planet. 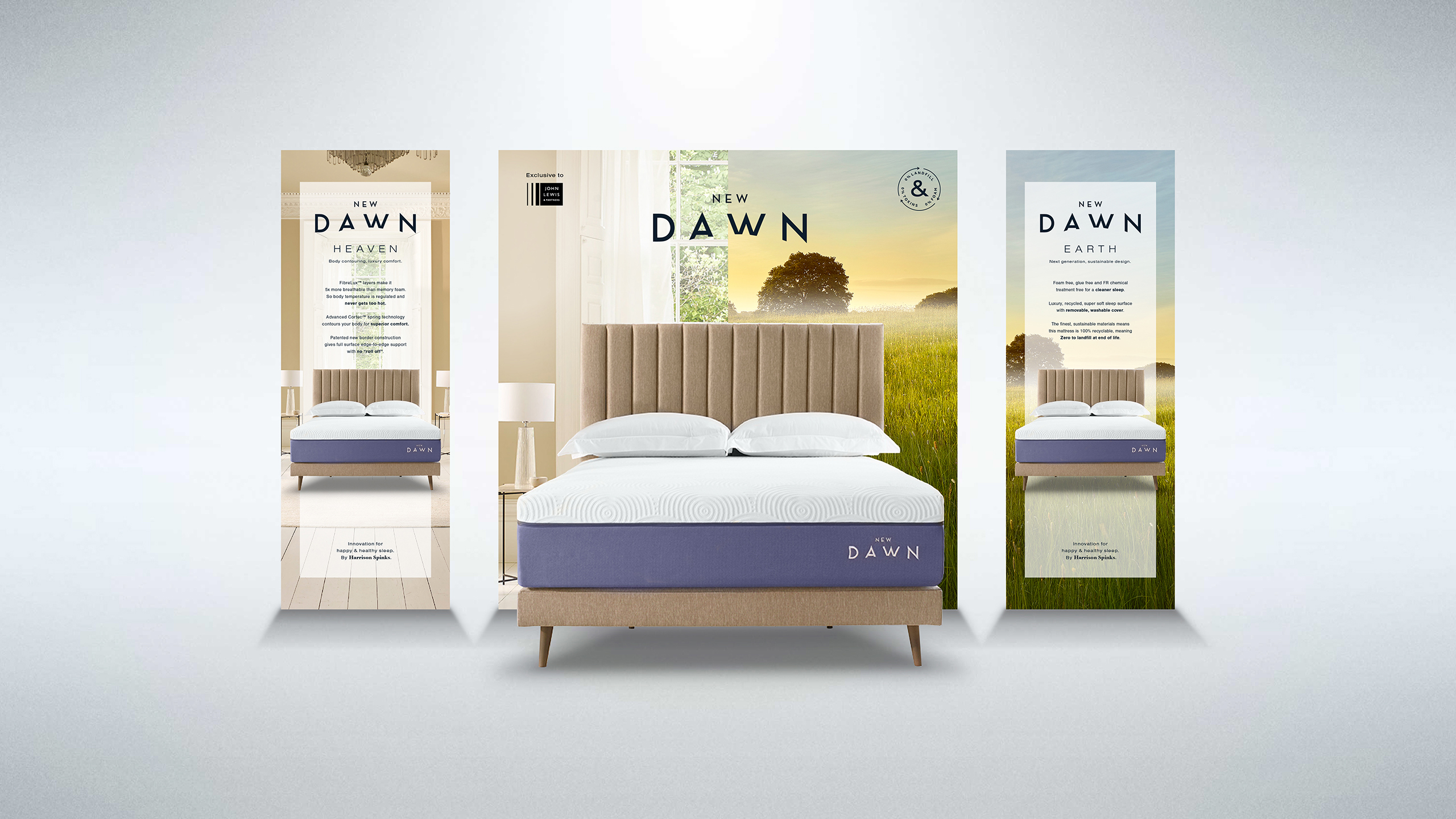 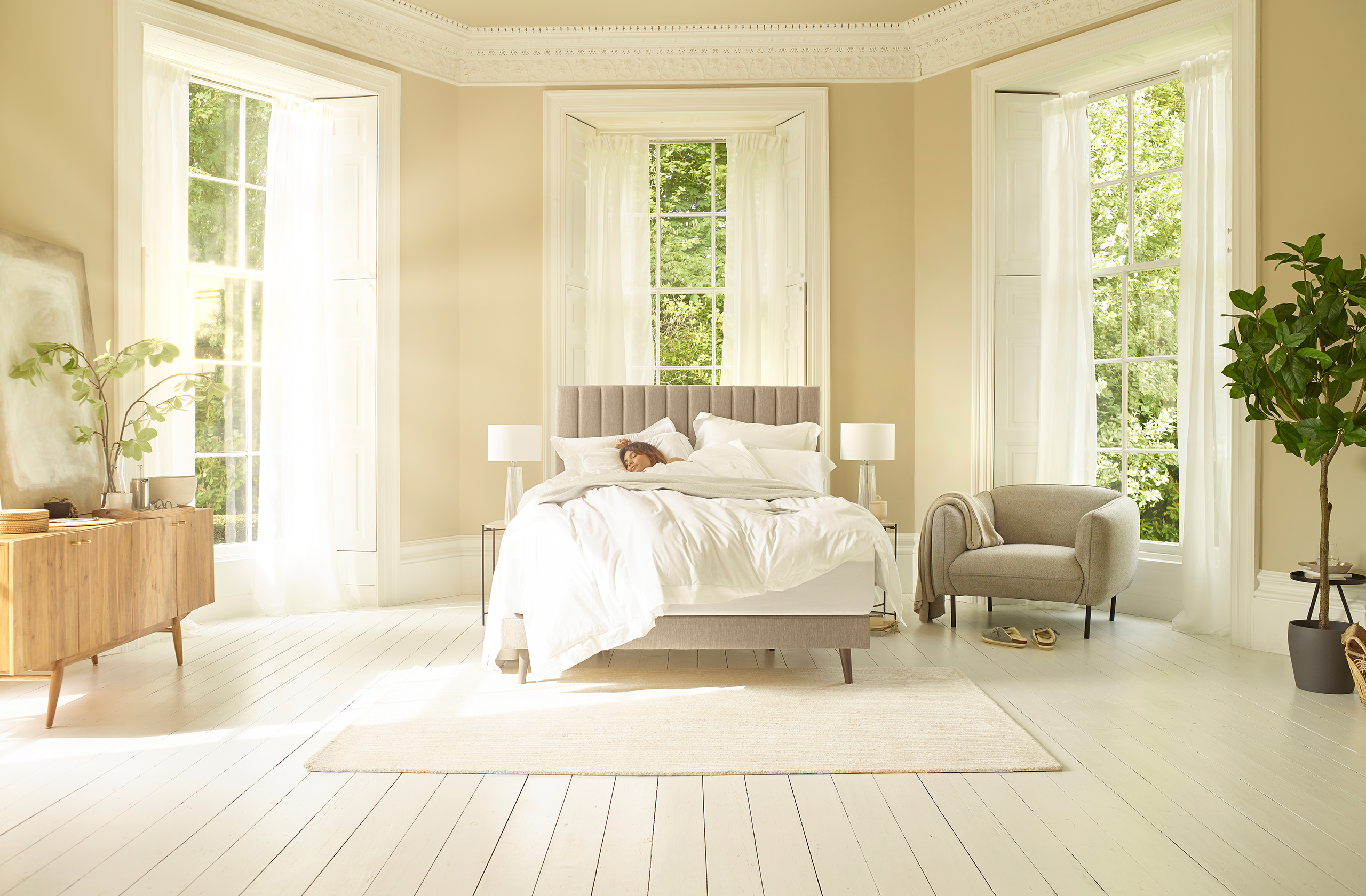 Harrison Spinks challenged us to create a launch campaign for their revolutionary, foam-free patented, New Dawn mattresses. They stressed it was important to produce a campaign that tonally created the perfect balance between a good night's sleep and not having a negative impact on the planet. As a piece of comms it needed to grab attention and feel balanced, without being too loud and brash. The whole piece needed to feel very aspirational and luxurious, whilst communicating the benefits of its revolutionary design, leading the next generation in sustainable sleep. 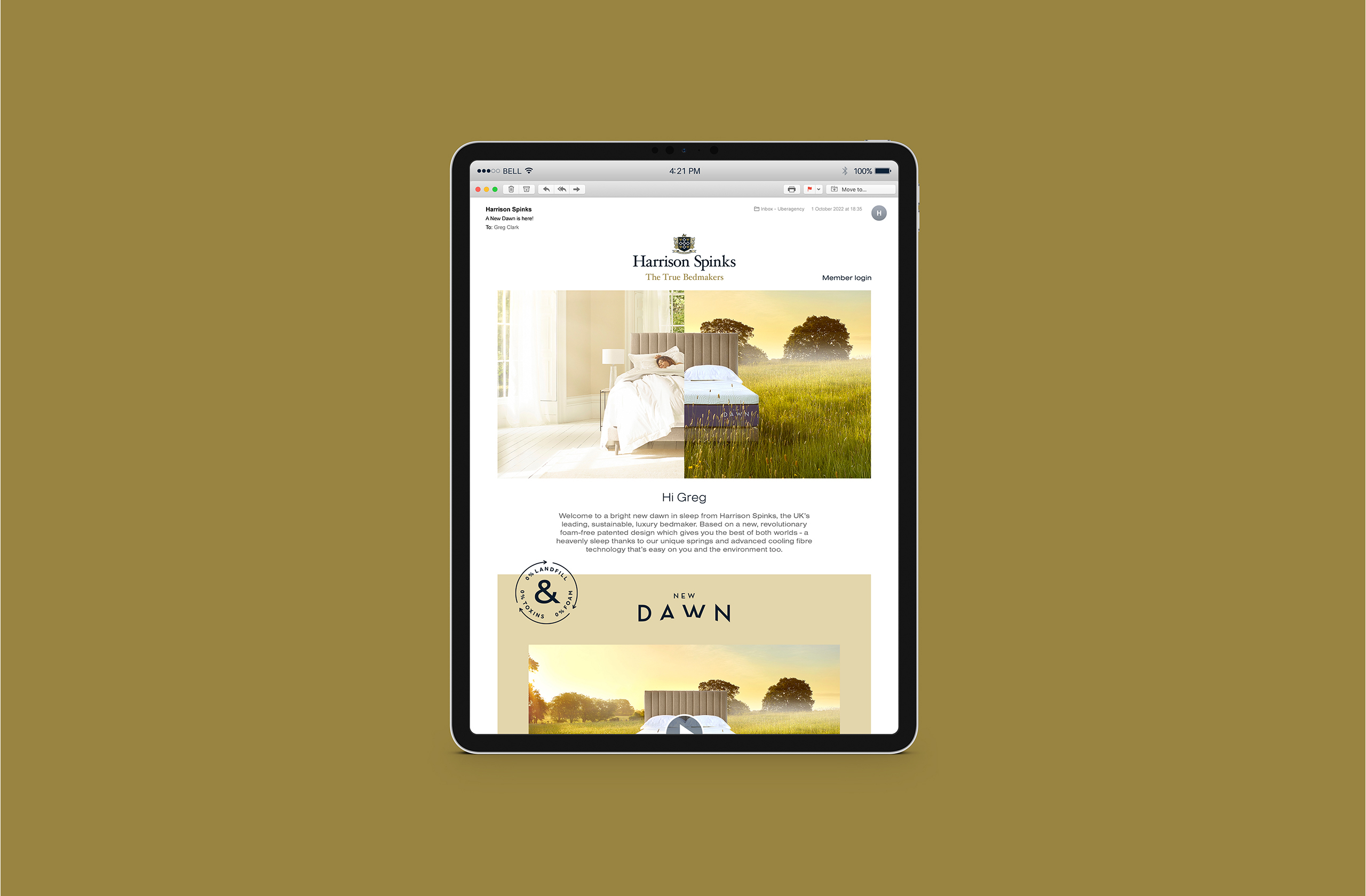 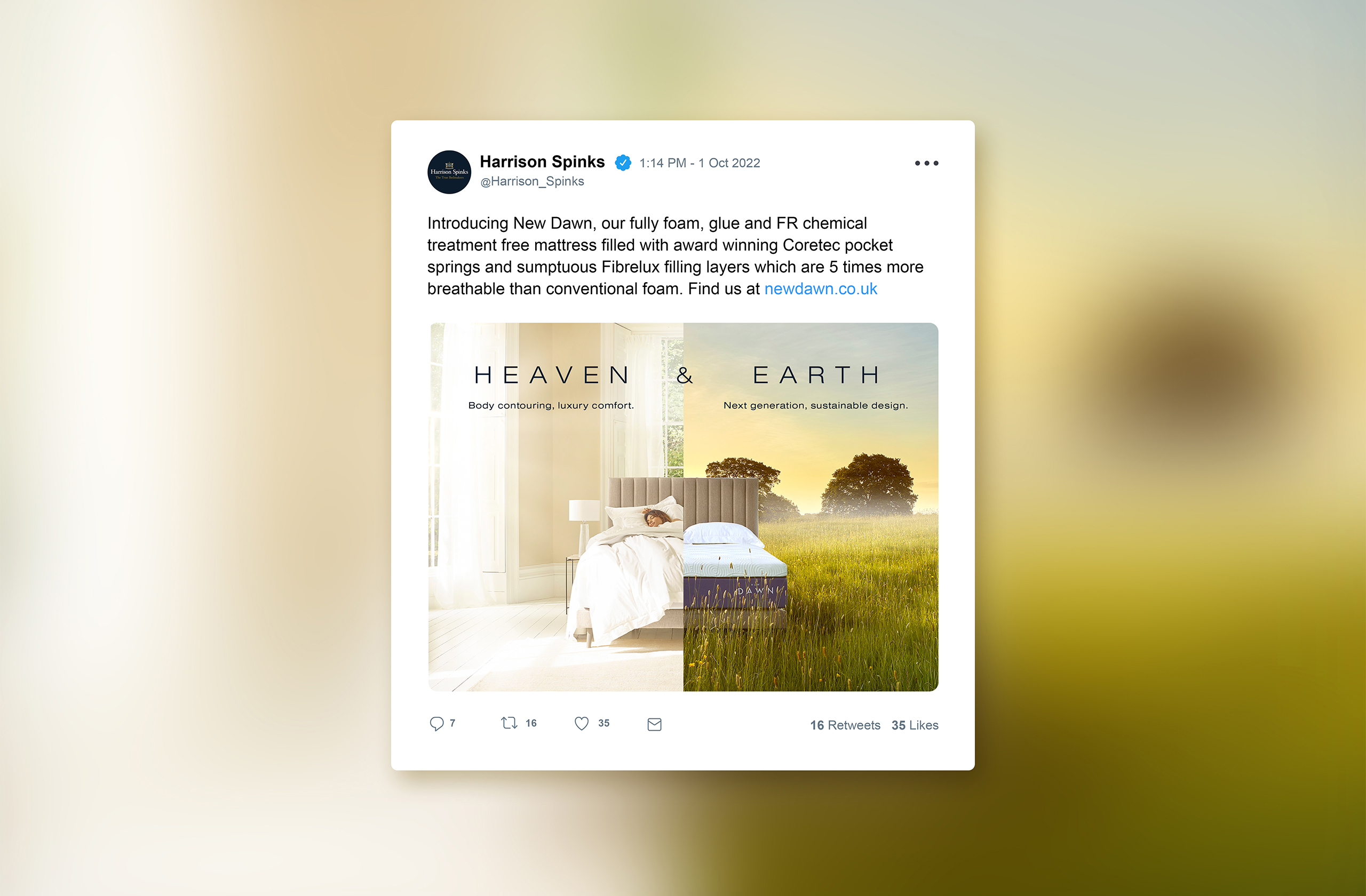 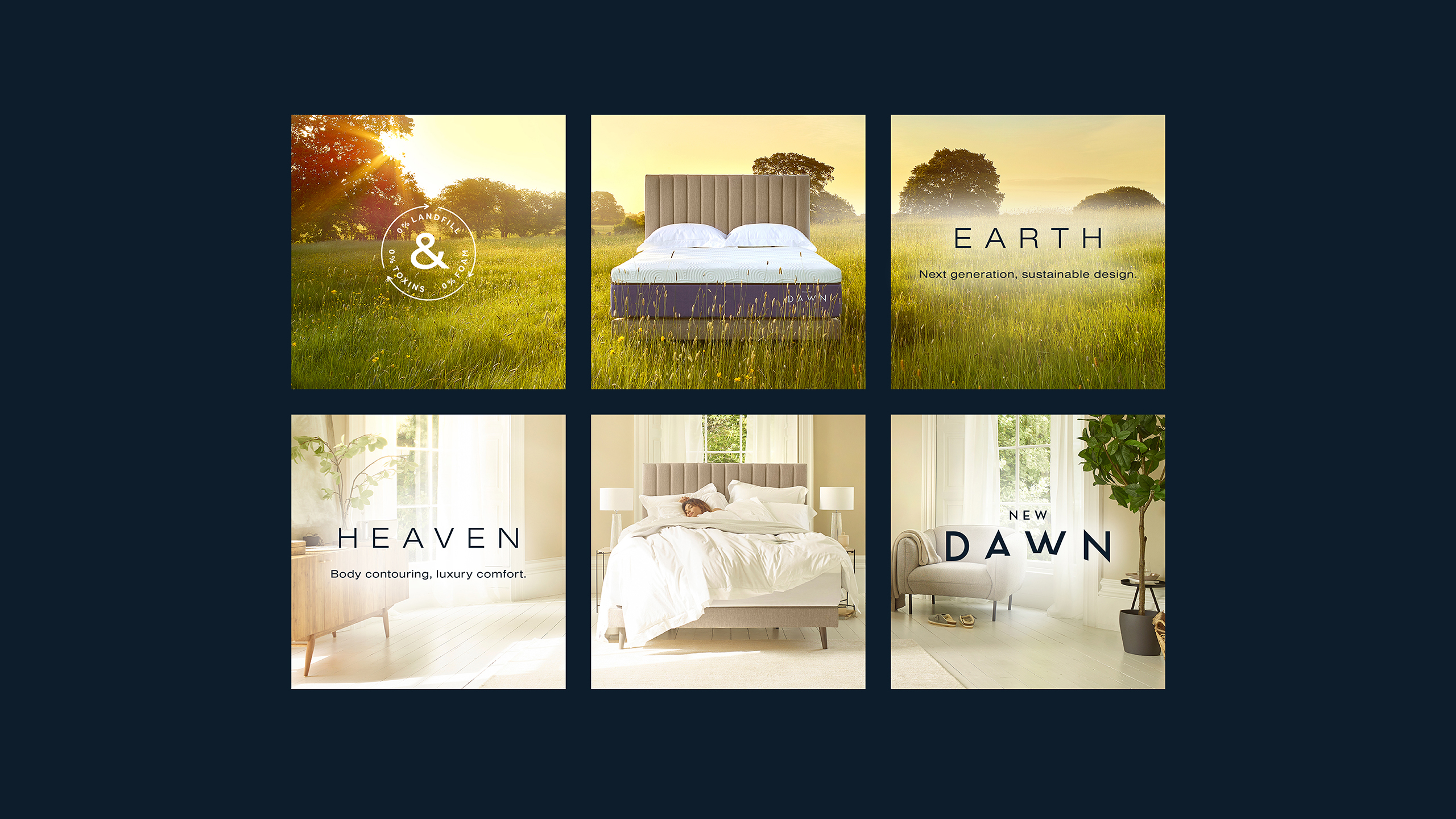 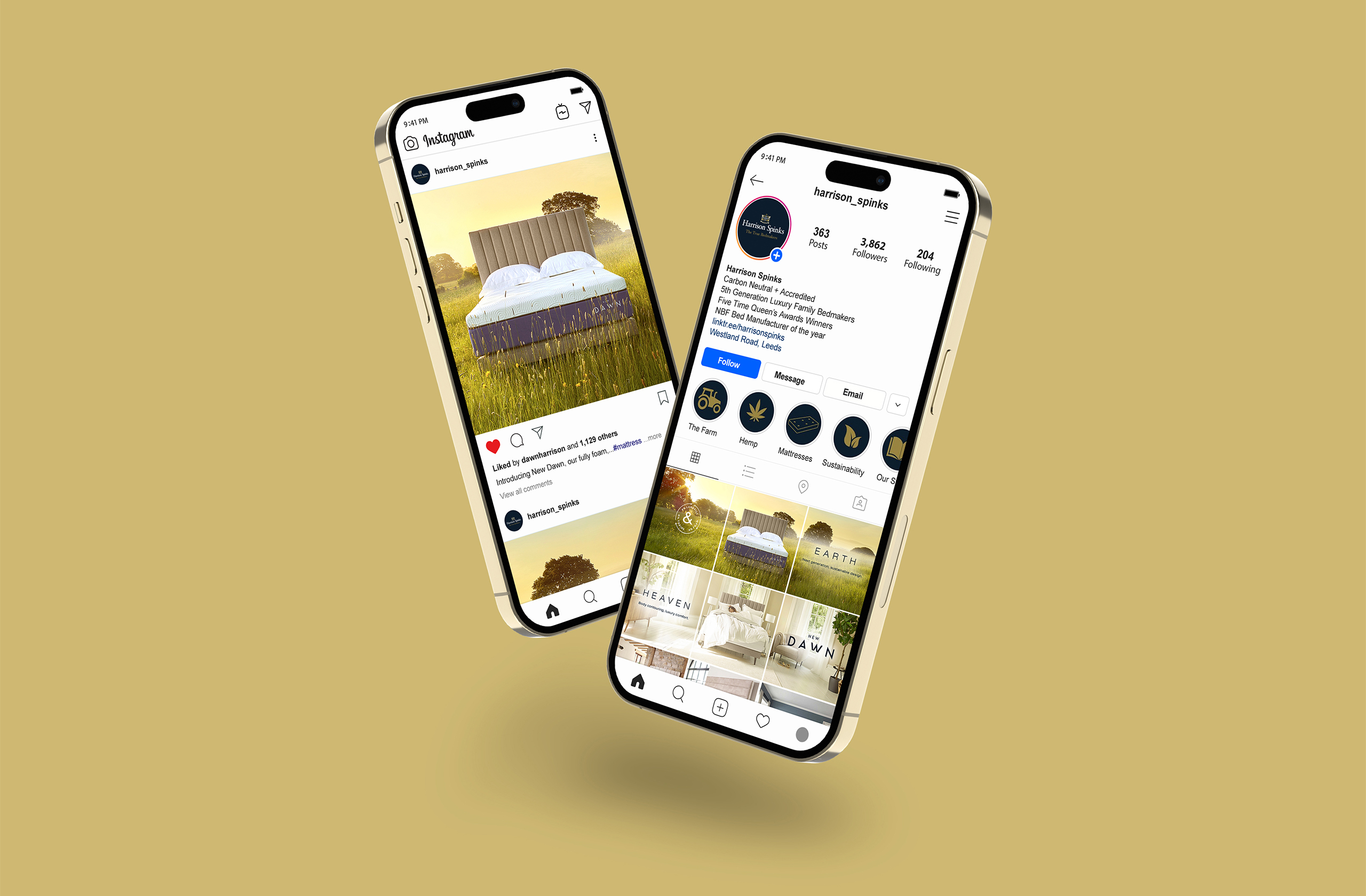 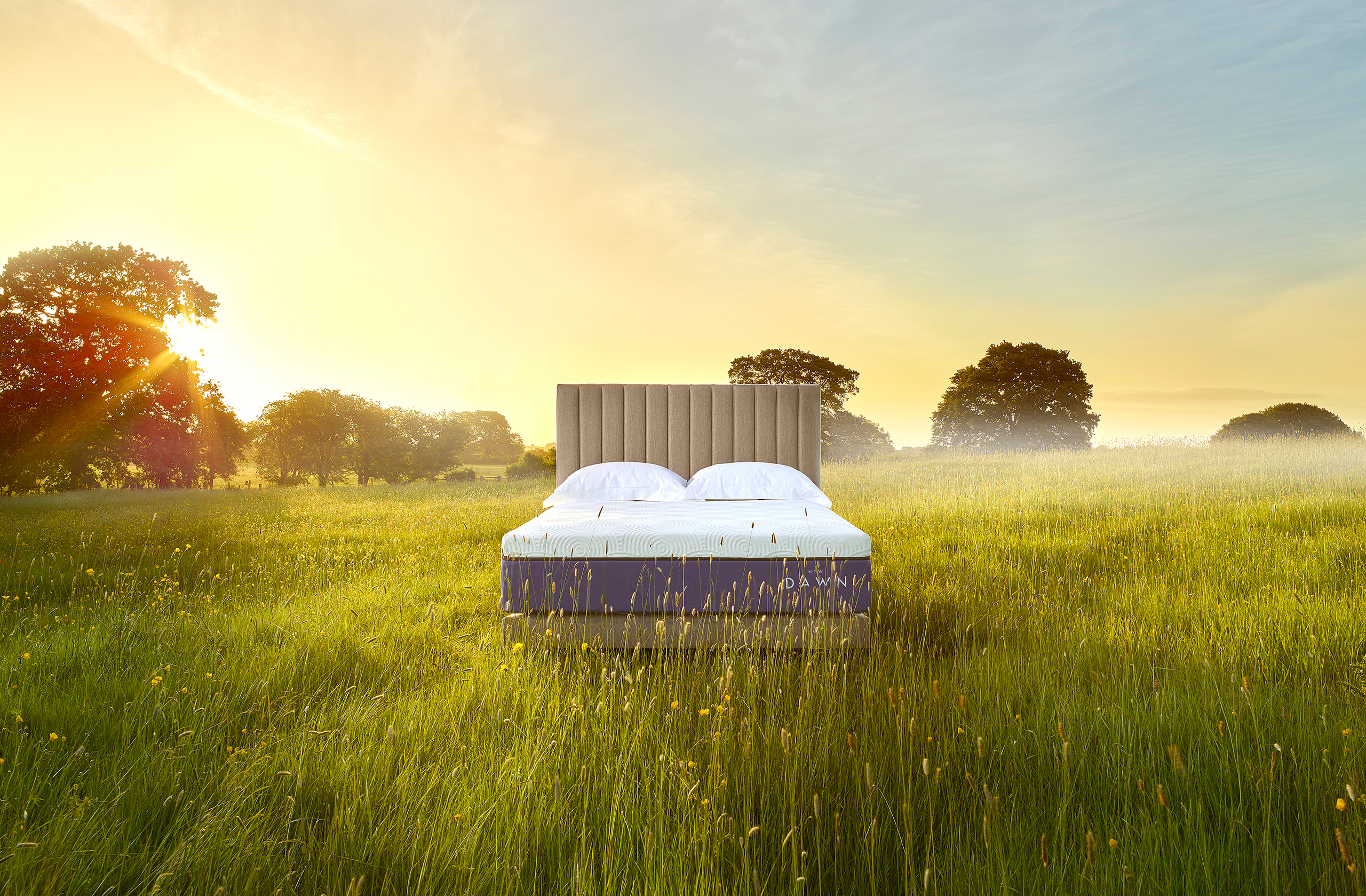 The core idea of the campaign was centred around the theme of ‘Heaven and Earth’ to communicate the balance between a luxury nights sleep and the next generation of sustainable design. We felt that the brand 'New Dawn' was the perfect name for the product on a number of levels and photography would play an important role in reflecting it's principles and purpose.

Bringing the two locations together to form one image was the sole purpose of the creative idea. Sunlight shining in from the same direction. The same tones in the grade. The haze of the room and the mornings mist causing a milkiness to the dark shadows. Both locations shot from the same (standing) height on the tripod. All adding up to two images becoming one and creating an aspirational and luxurious image that you want to climb into. The typography and design of the creative was kept clean and simple, so as not to interfere with the imagery but support and harness it.

The idea was rolled out over a number of digital content pieces, including social media platforms, email comms and a responsive website that has an interactive slider, revealing both worlds and benefits of the product. Along with digital, the campaign was produced onto in-store graphics, including a header board and totems that set the scene, framing the bed and mattress. The idea was also extended into press advertising, utilising the split image to full effect. 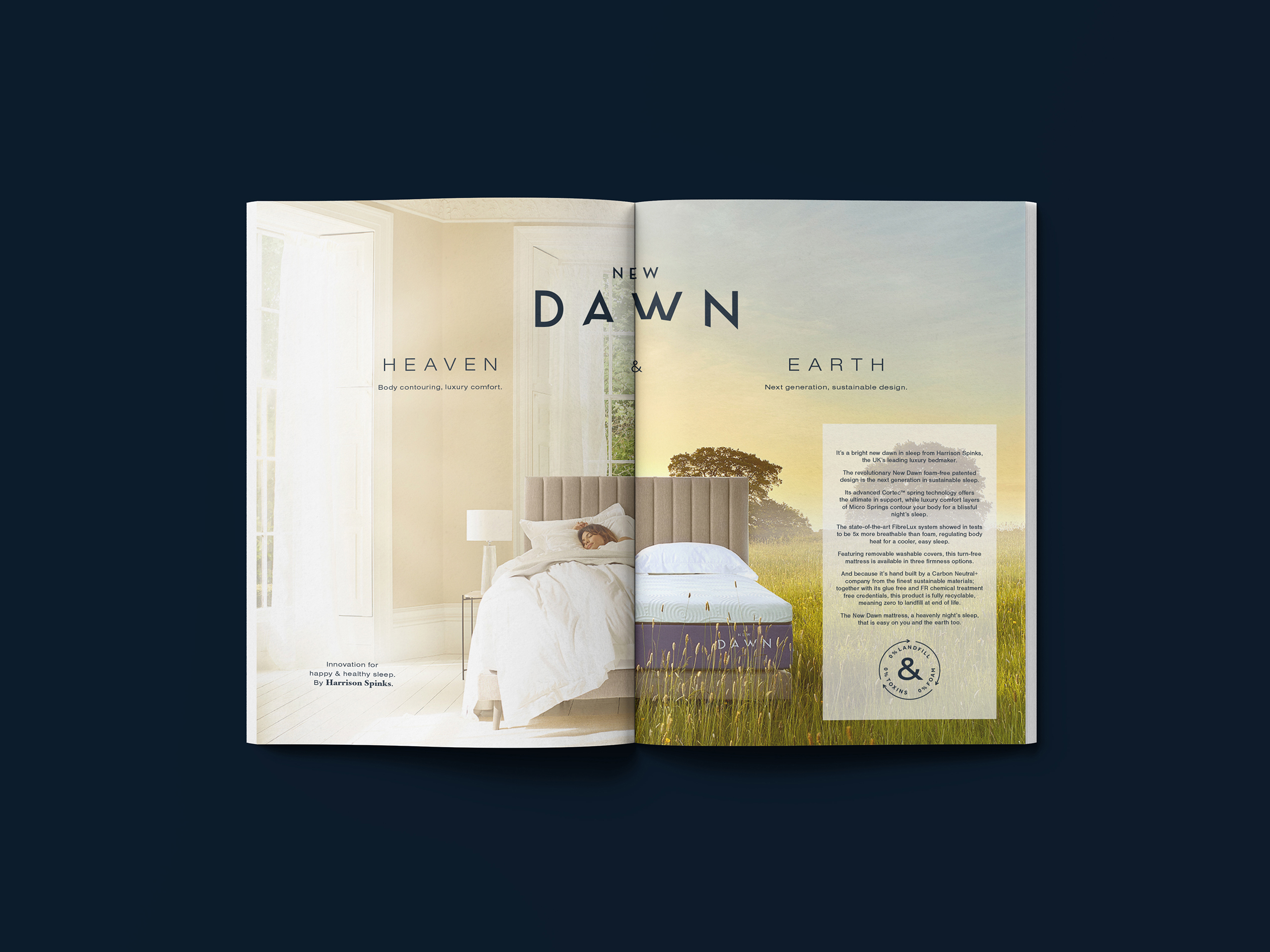 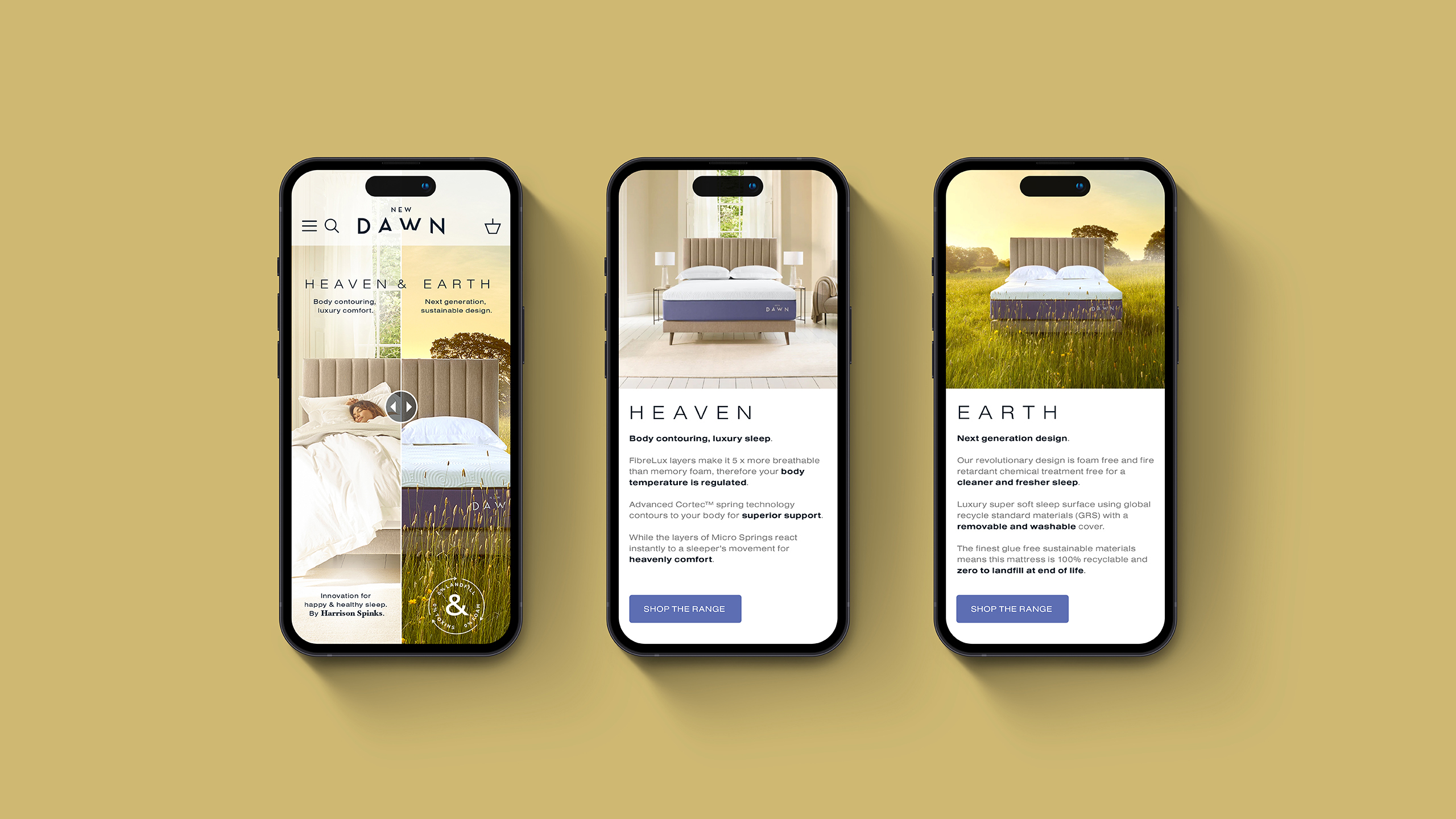 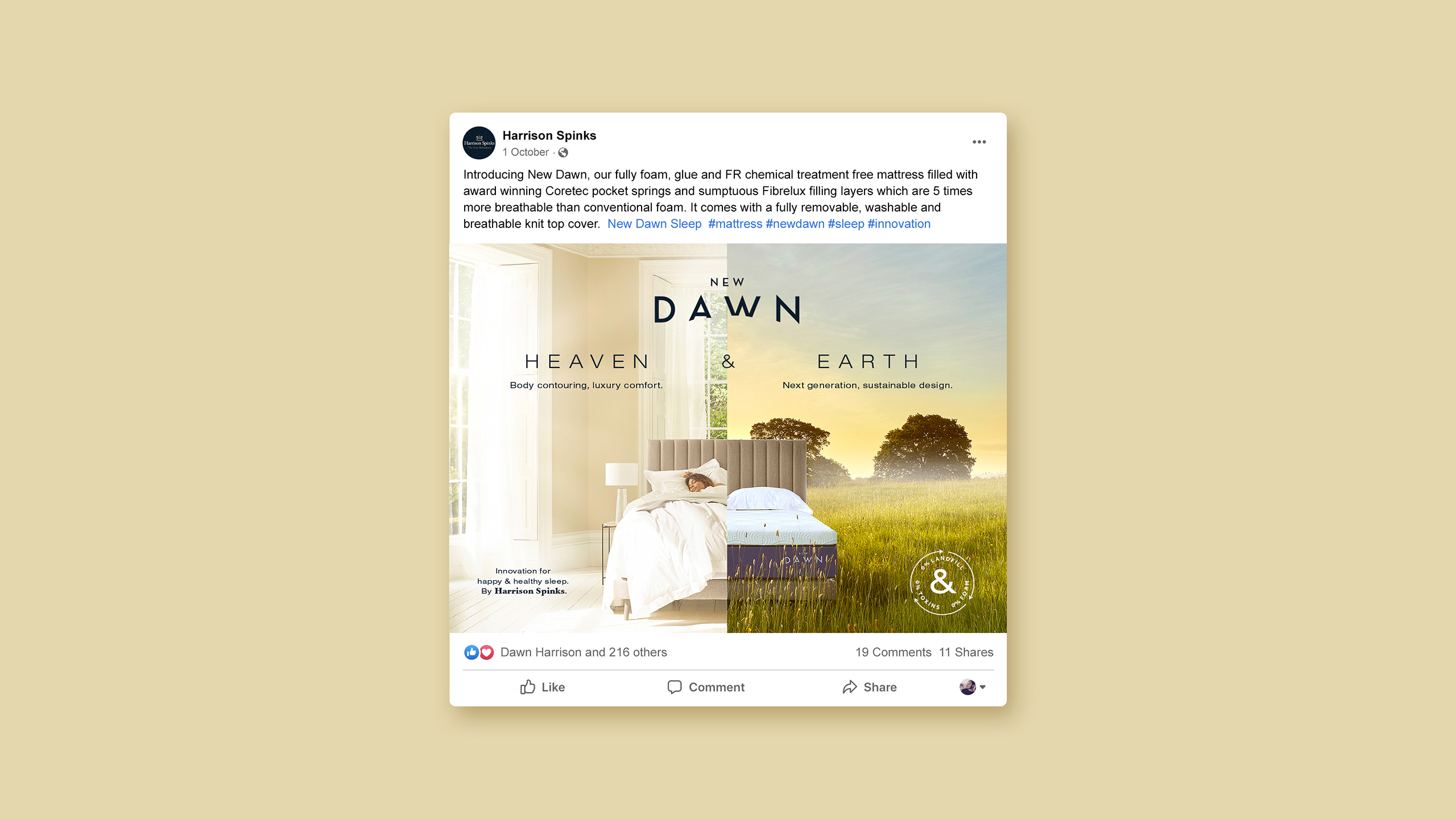 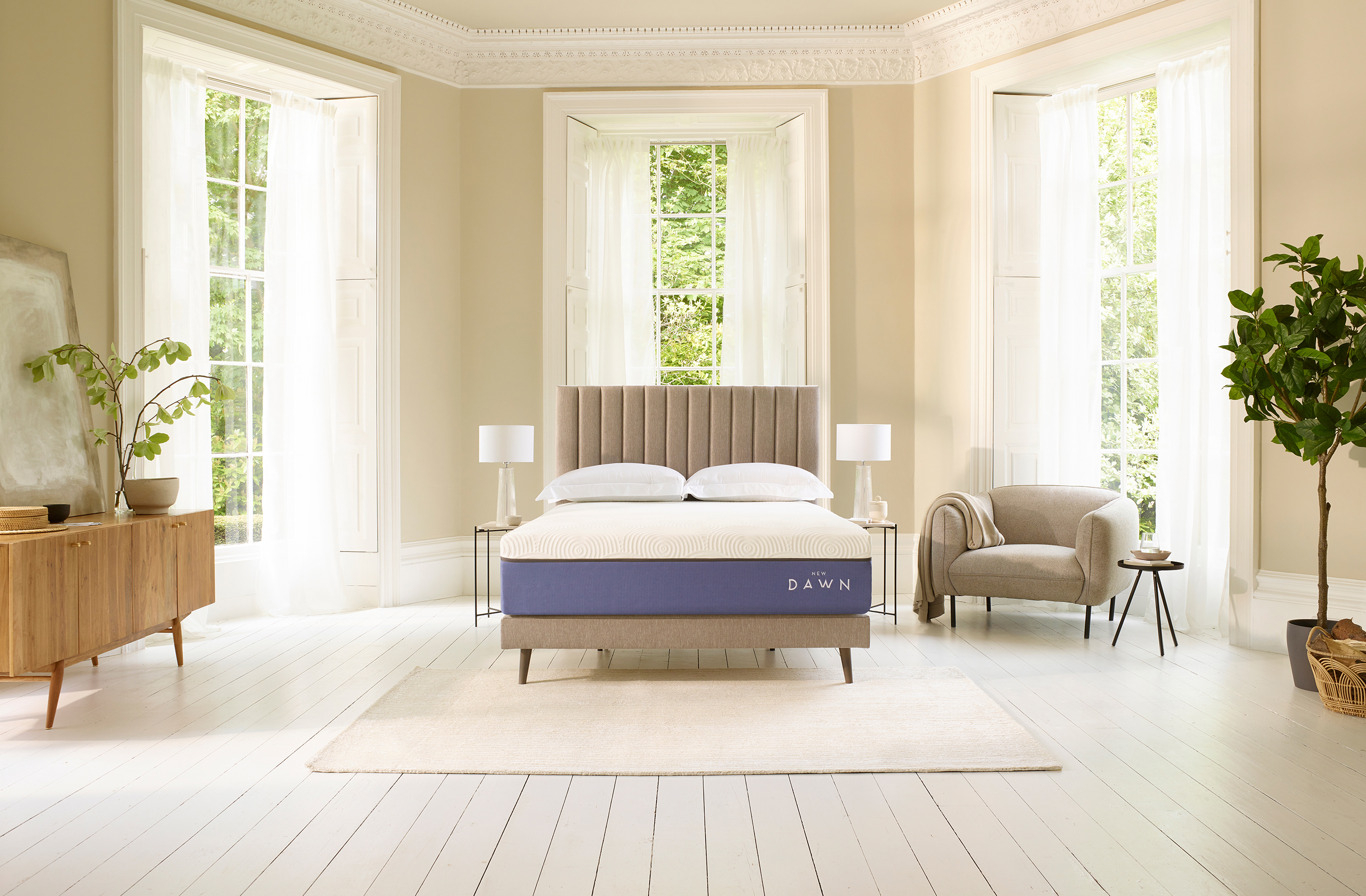