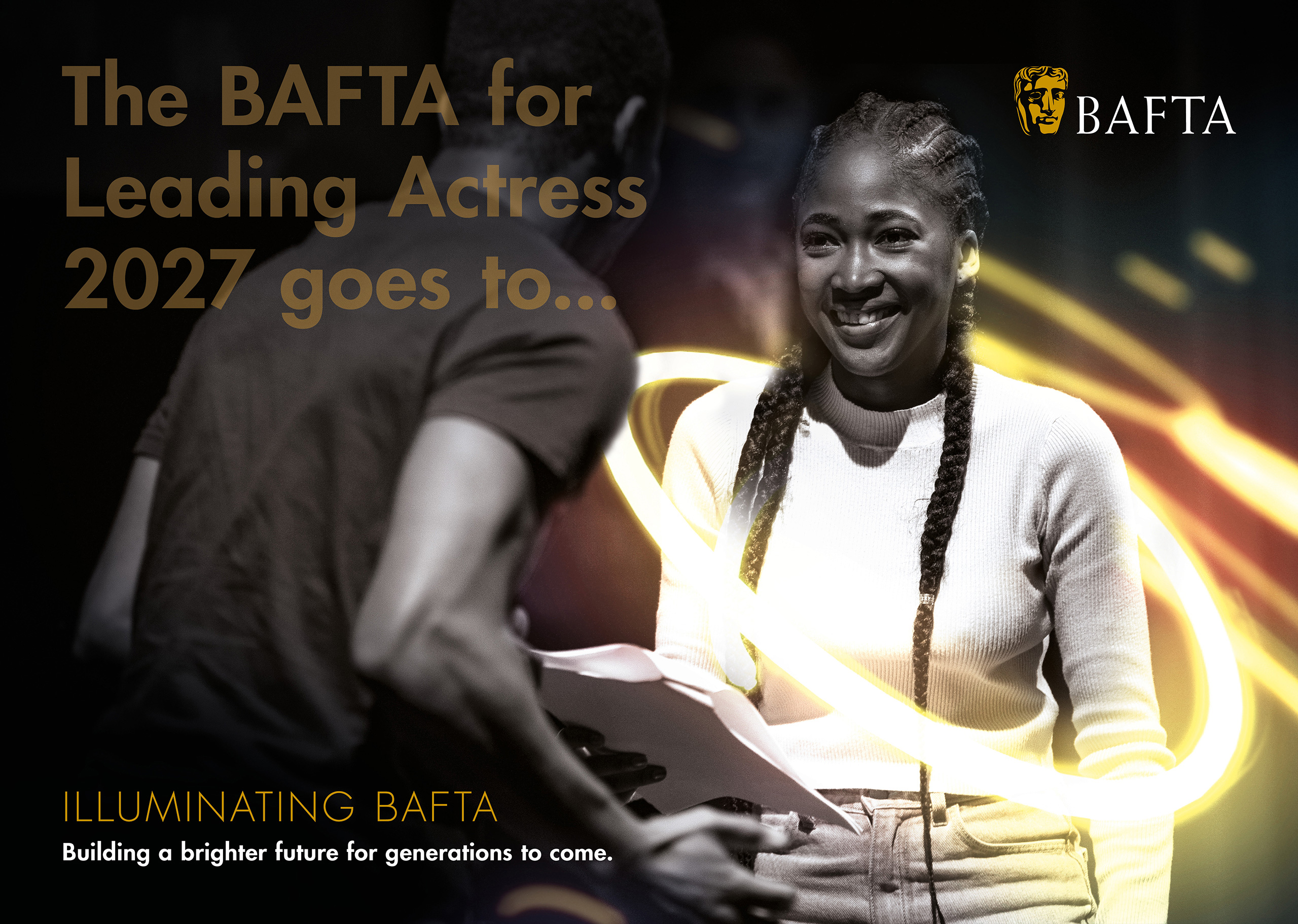 The British Academy of Film and Television Arts is an independent charity that supports, develops and promotes the art forms of the moving image by identifying and rewarding excellence, inspiring practitioners and benefiting the general public. 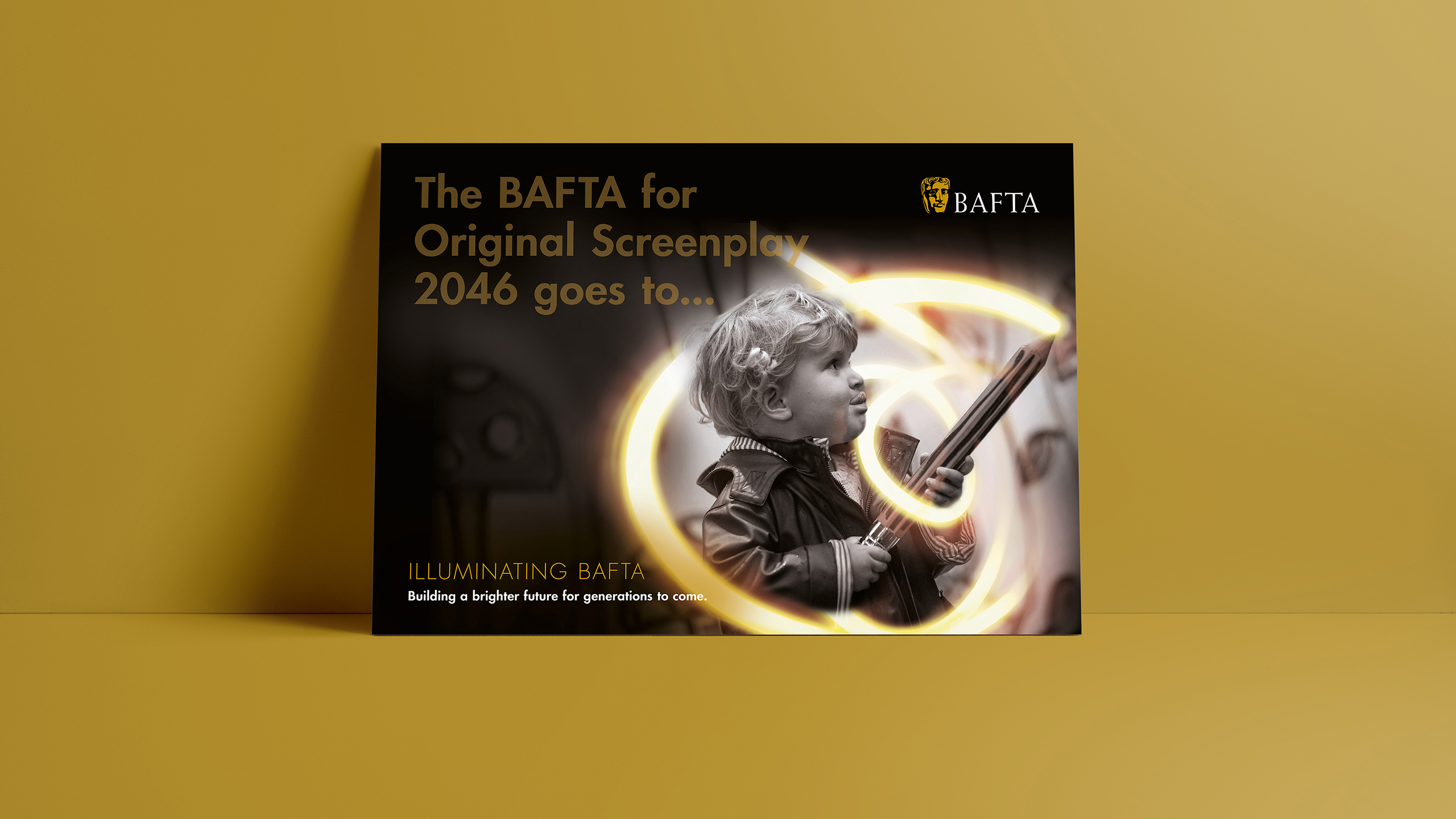 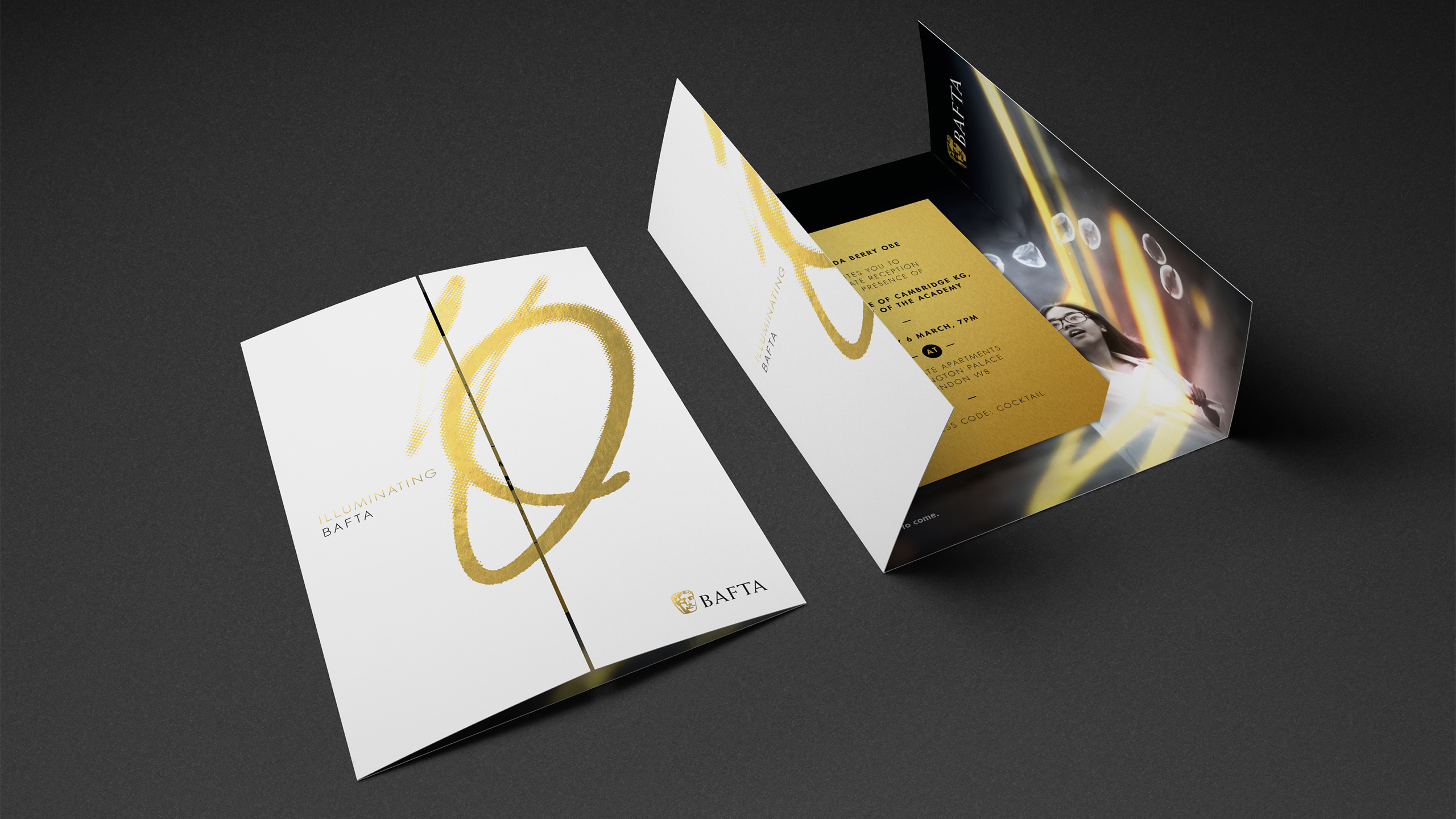 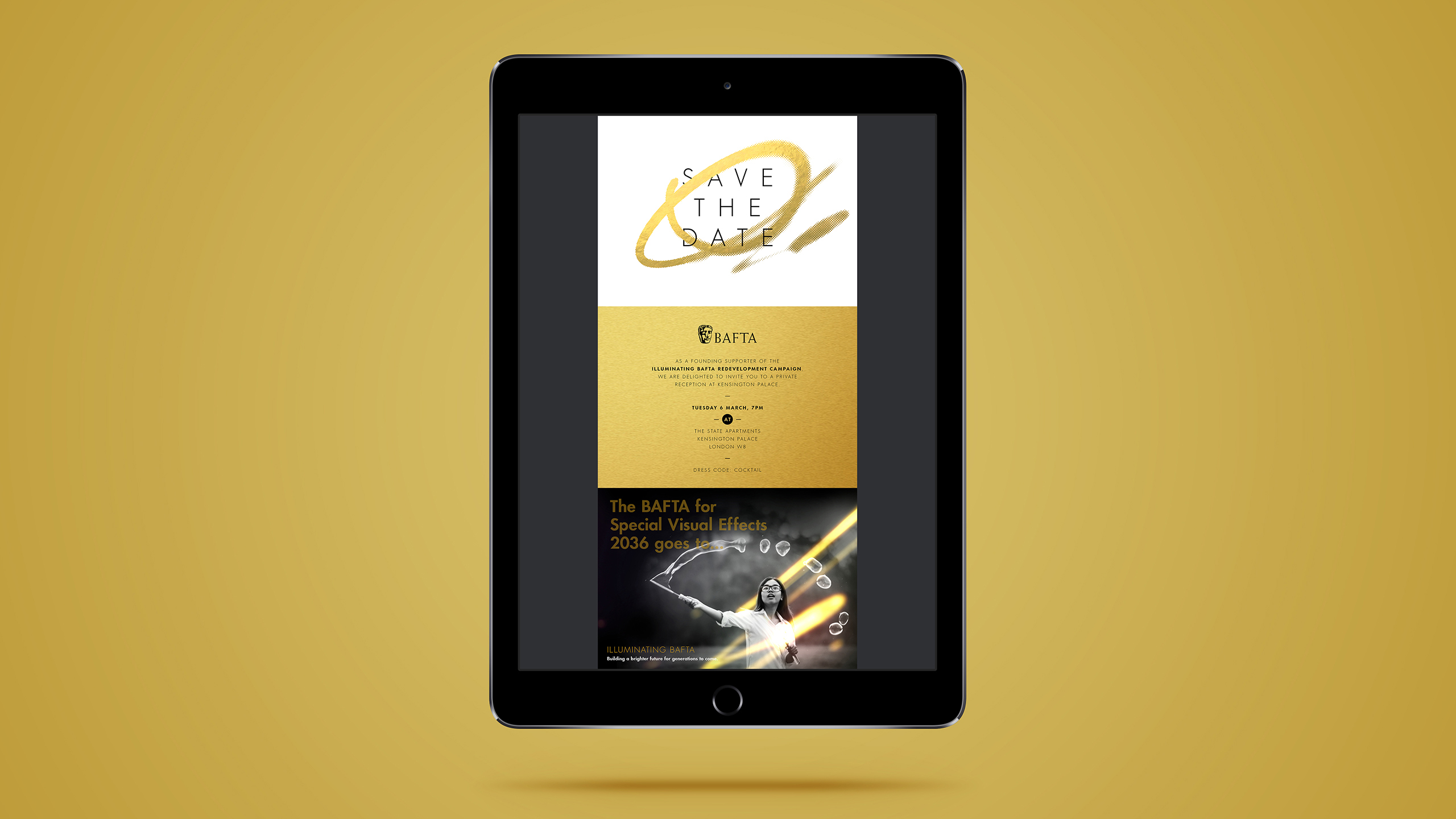 Über was asked to help BAFTA raise more funds towards the redevelopment of their iconic London home, 195 Piccadilly. This would enable them to gain the crucial space needed to increase their charitable influence and reach a wider pool of potential future talent by providing state-of-the-art technology and advanced digital programmes. This time, the focus was to be on how the facility can help future generations of talent within the film industry, for a special private donor reception at Kensington Palace. 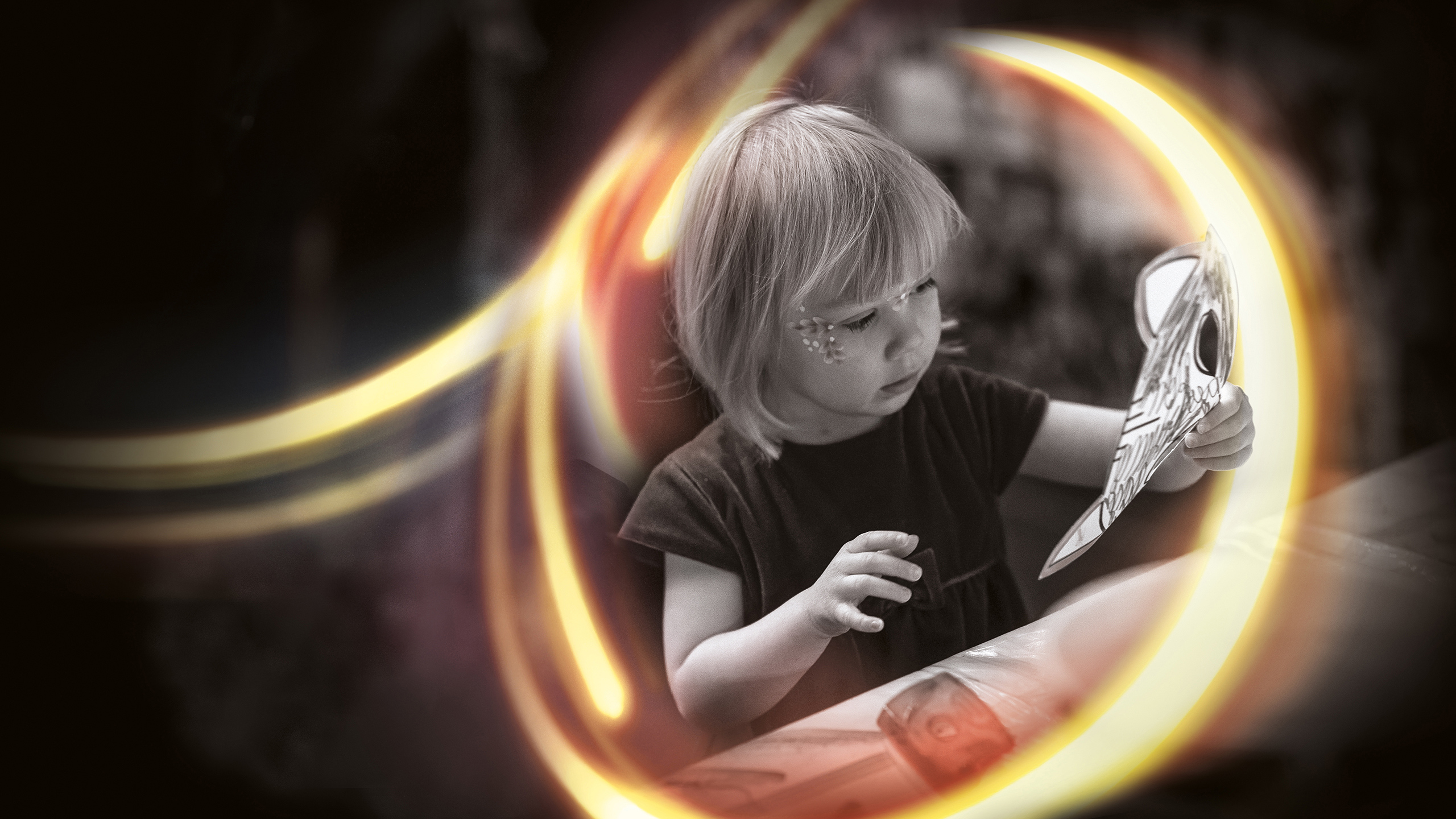 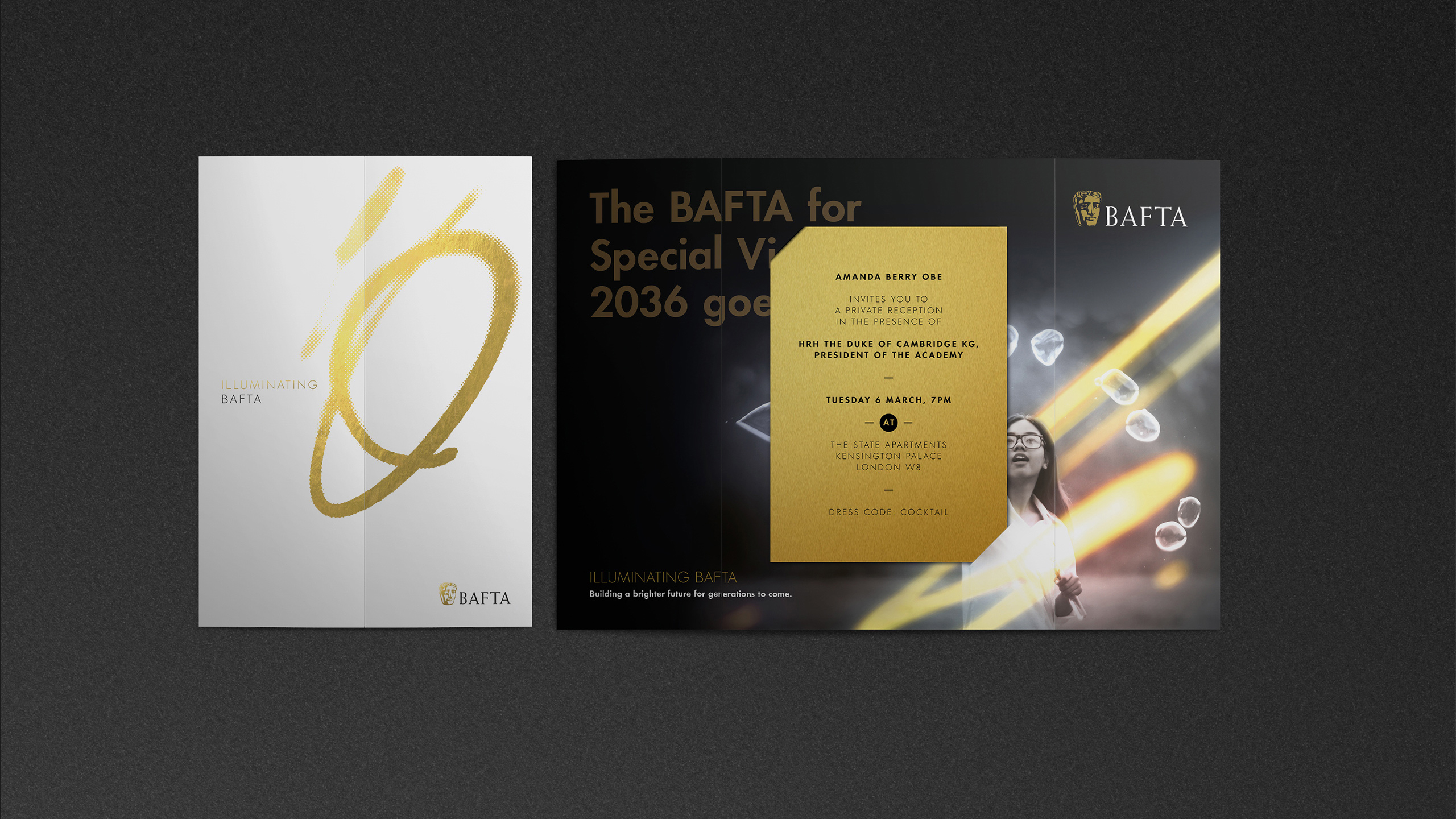 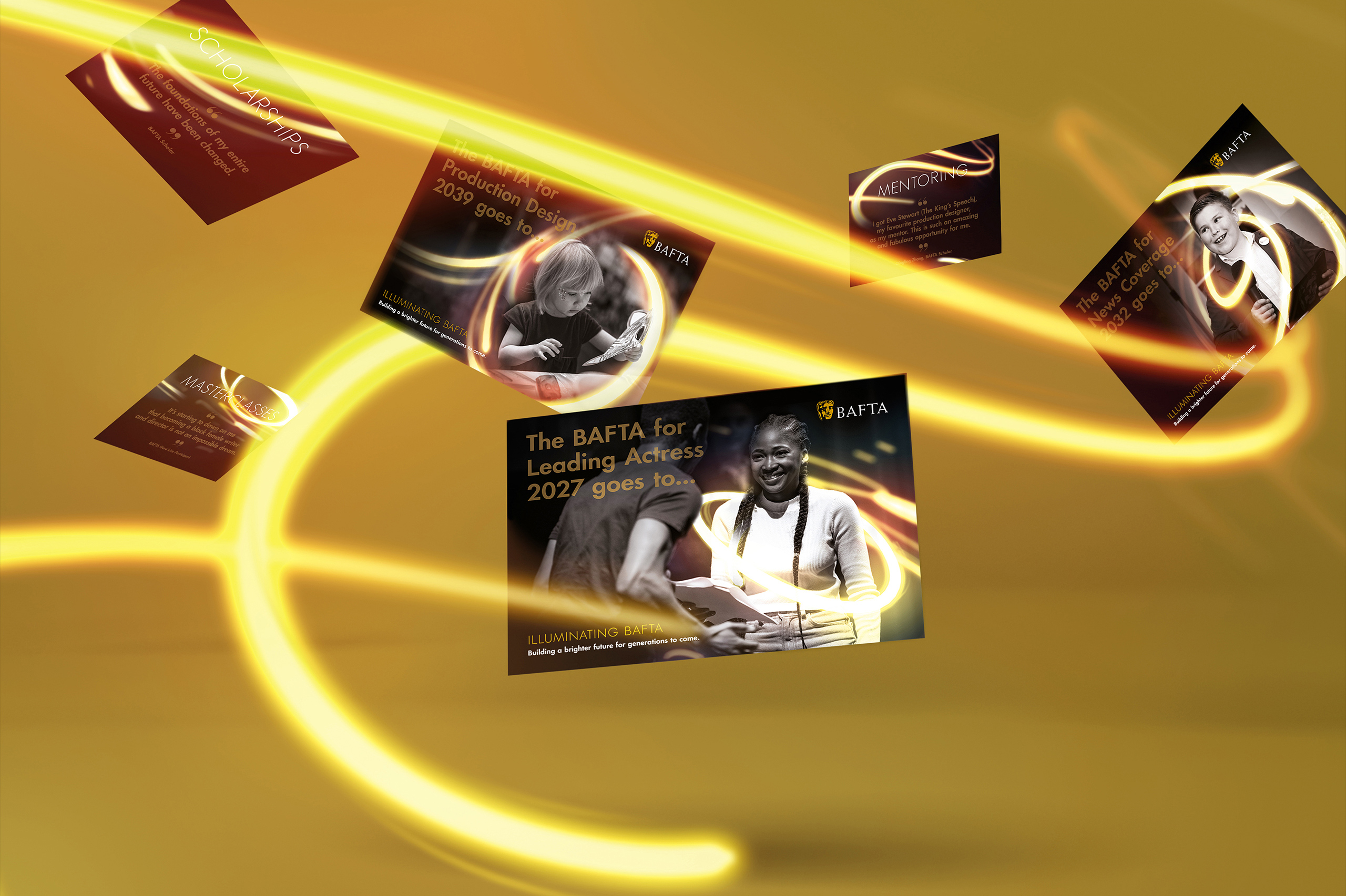 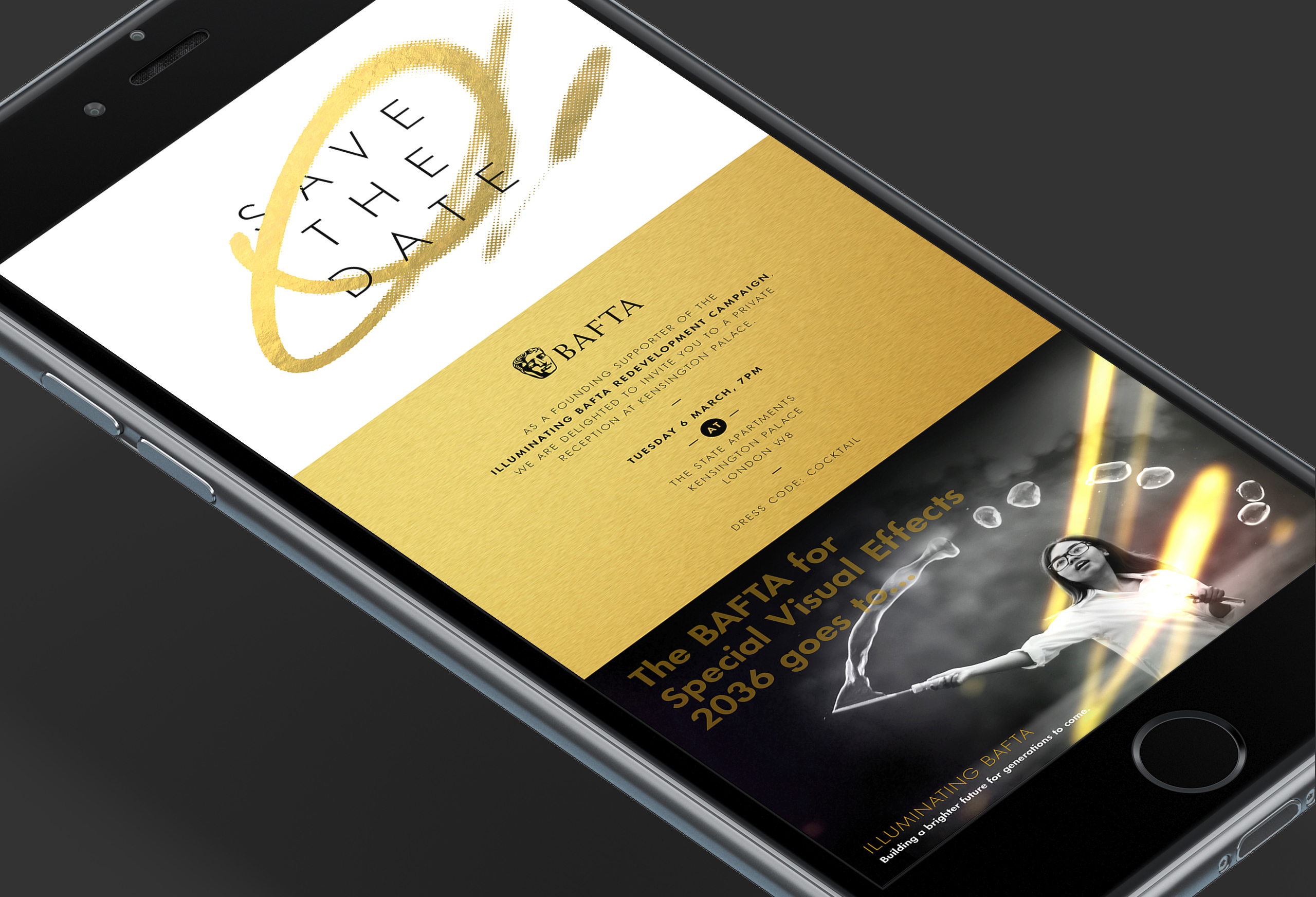 ‘Illuminating BAFTA’ was a campaign that centred around candid black and white shots of contemporary children simply enjoying their favourite creative activities. These young people will one day go on to be awarded by BAFTA for their contribution to film and moving image. The tagline ‘Building a brighter future for generations to come.’ is visually reinforced by the use of fluid streams of golden light that suggest that, given the chance to shine, these children would become future stars of the industry.

We created an email and printed invites, press ads and a number of A2 boards that would welcome guests as they arrived at the fund-raising event hosted by academy president, HRH The Duke of Cambridge. The email invite was sent out as a ‘save the date’ in order to make people aware of the upcoming event.

The printed invite was an A5 gatefold card outer with one of the streams of light applied as a gold foil along with the word ‘Illuminating’ and the iconic BAFTA mask. The A6 invite inside featured two die-cut holes to hold it in place and was printed in black on one side only on to a metallic gold effect card stock. A press ad, which featured mainly in BAFTA publications, was intended to reach a wider audience to make donations and help raise money for the charity. 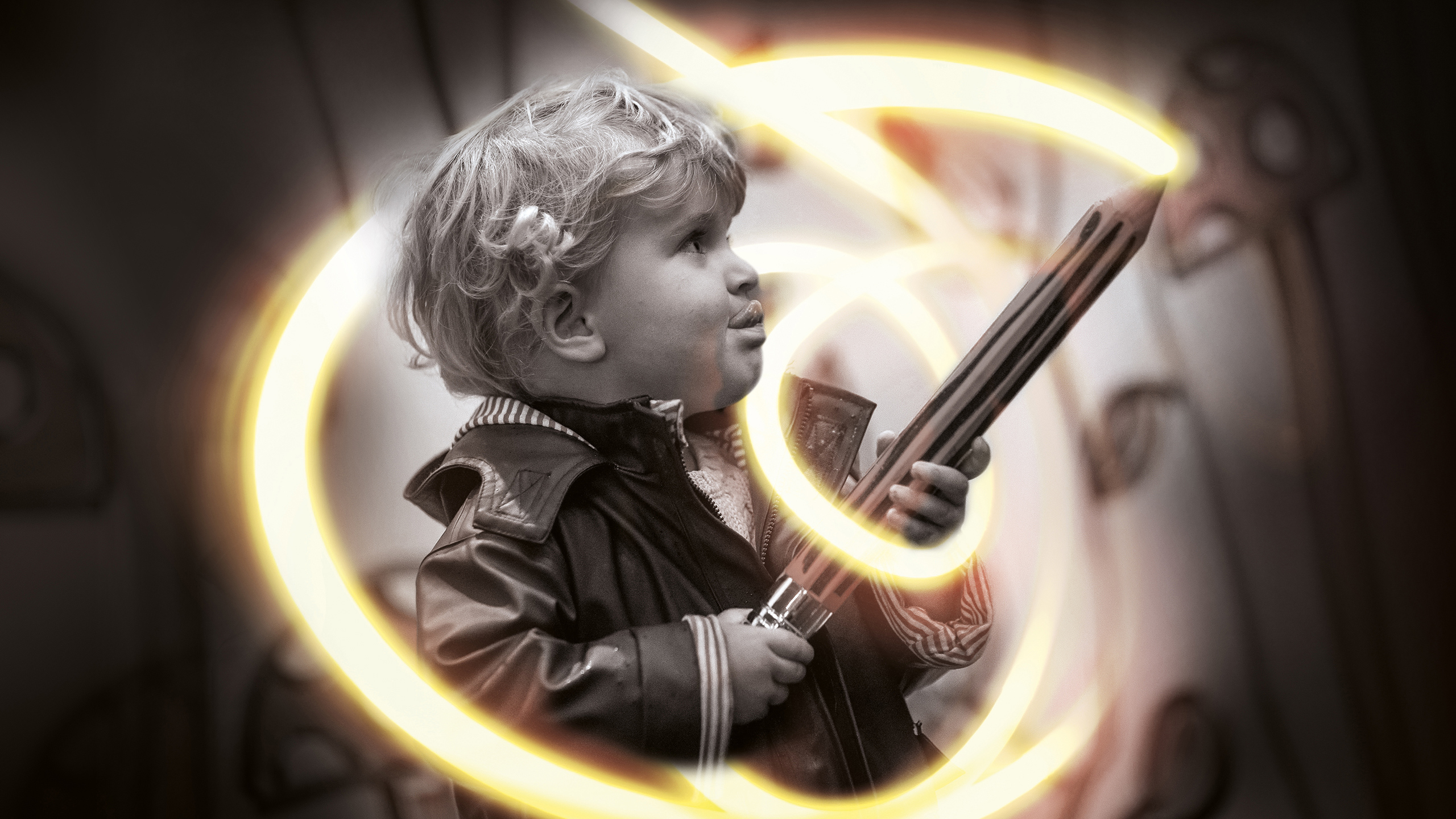 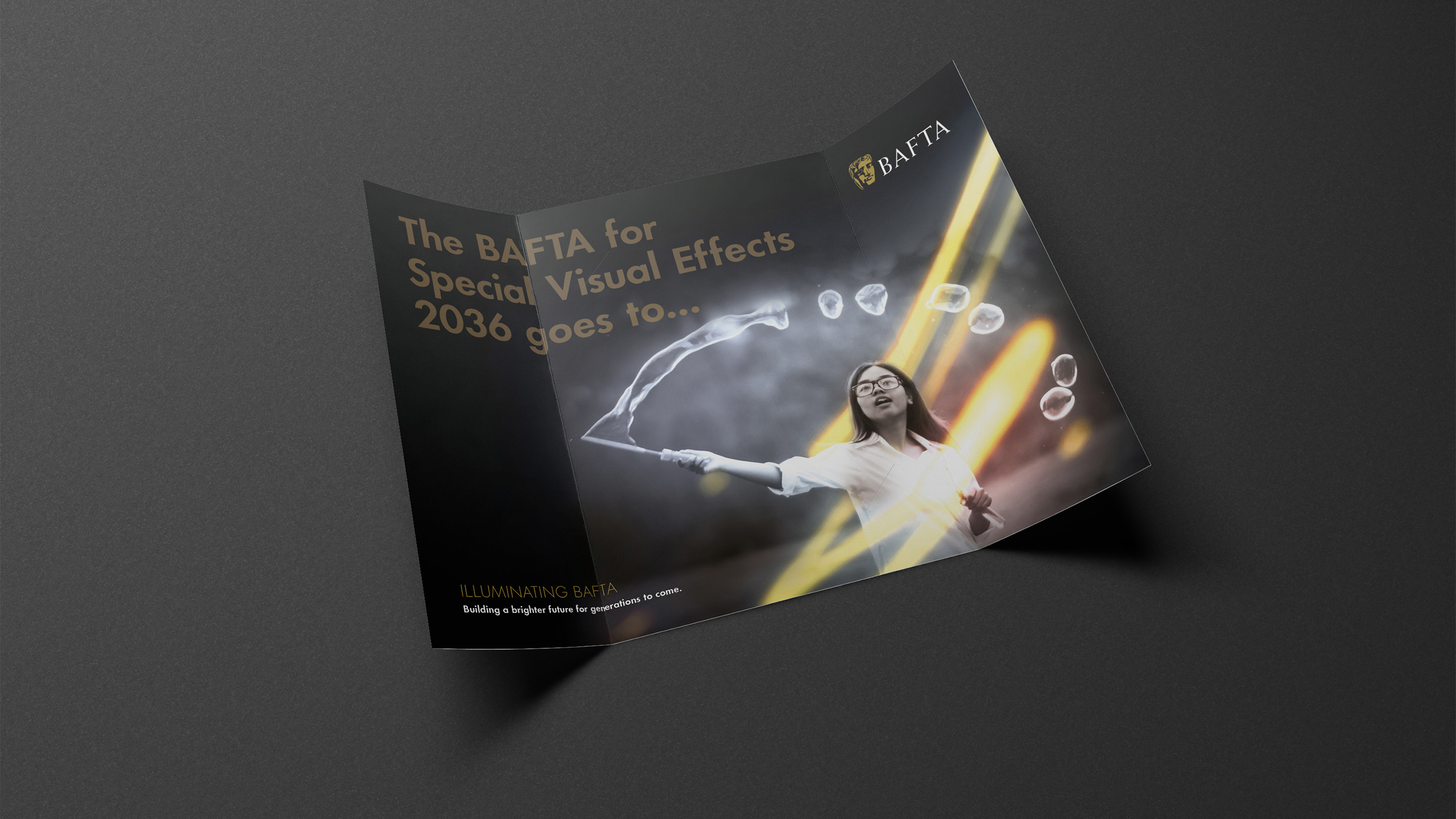 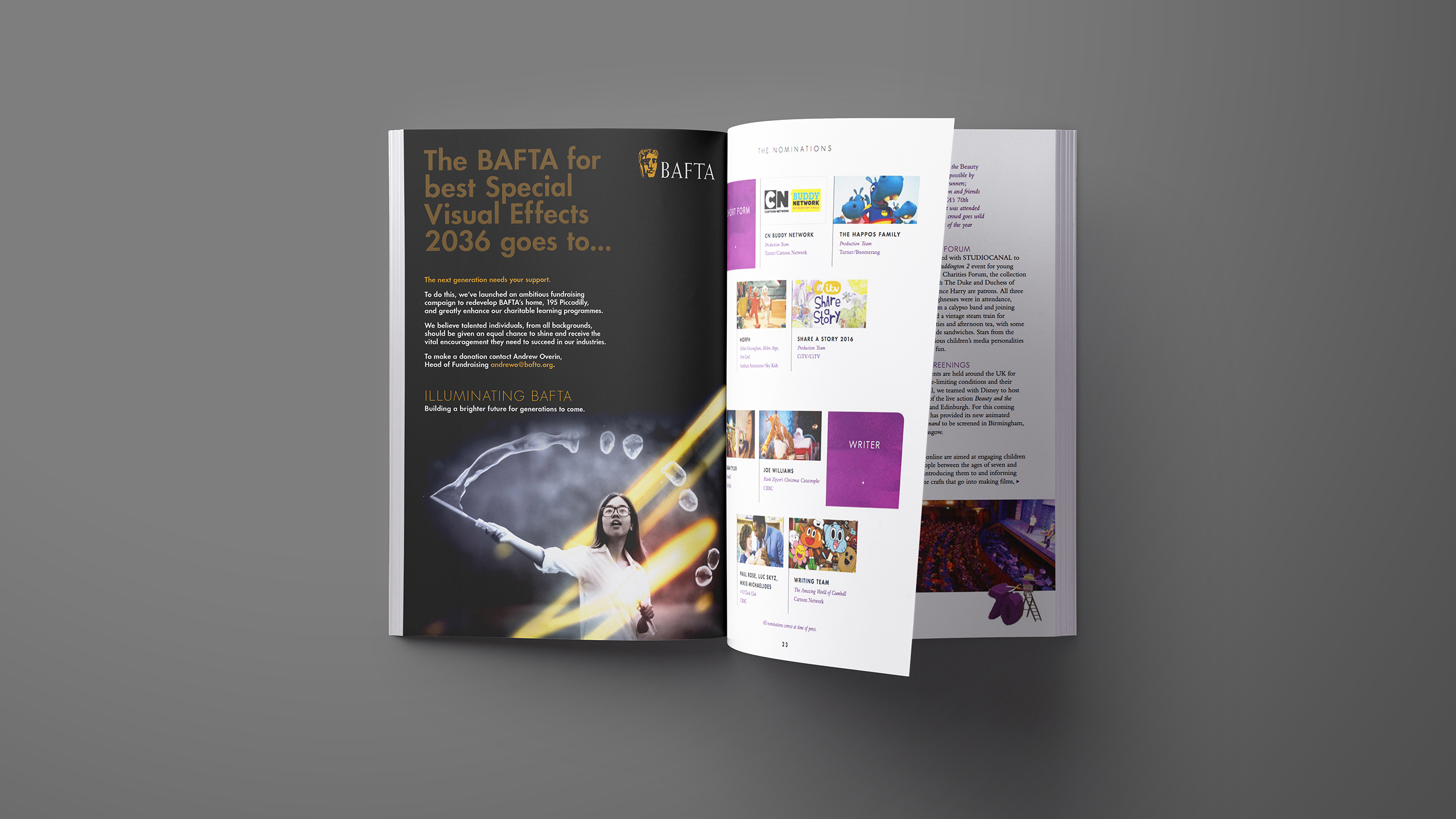