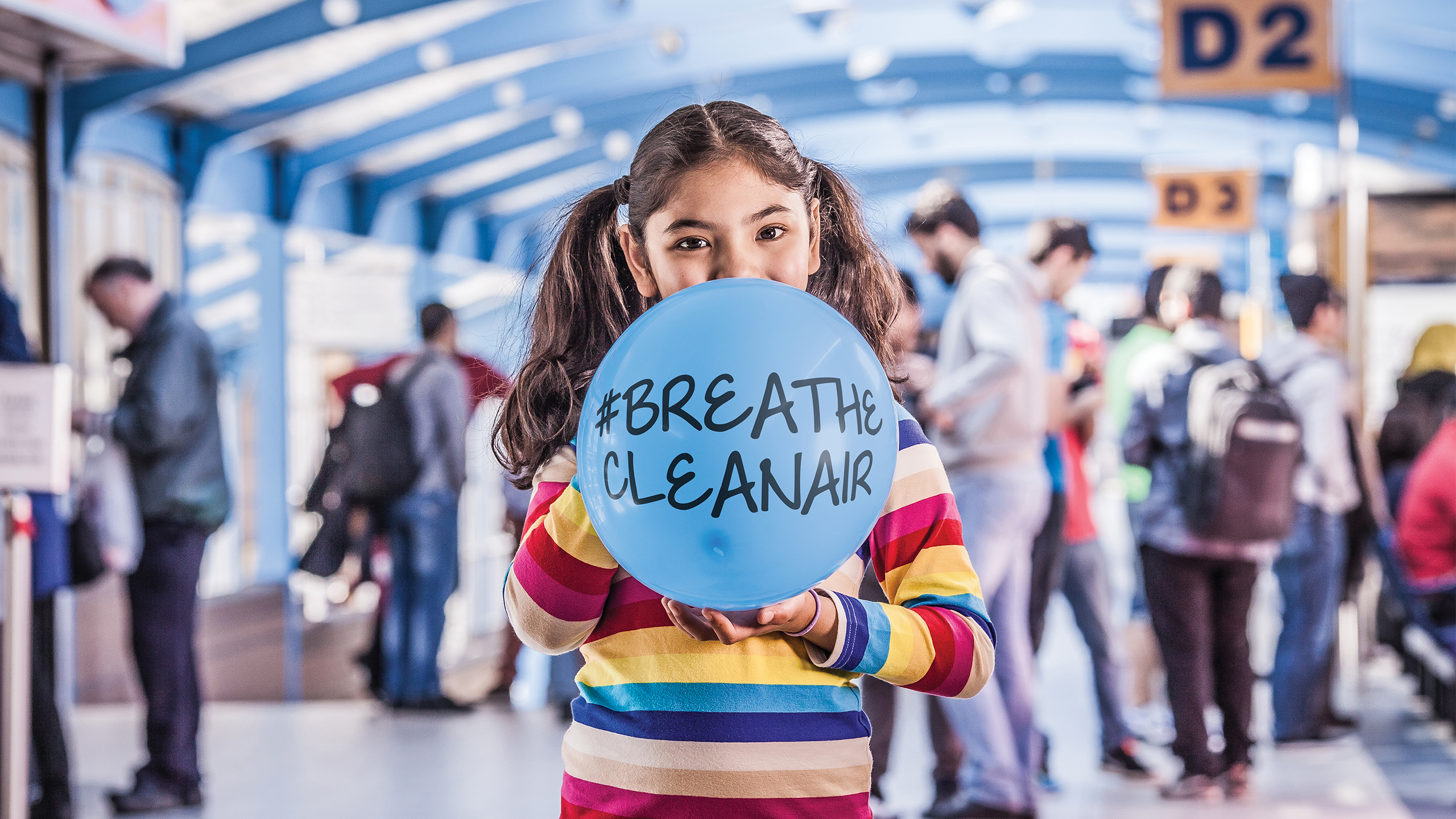 The European Respiratory Society (ERS) is an international organisation that brings together physicians and healthcare professionals across 140 countries to help promote lung health and drive standards for respiratory medicine globally.

The European Lung Foundation (ELF) was founded to act as the public voice of the ERS by providing a wealth of resources to share the latest developments in lung health research. 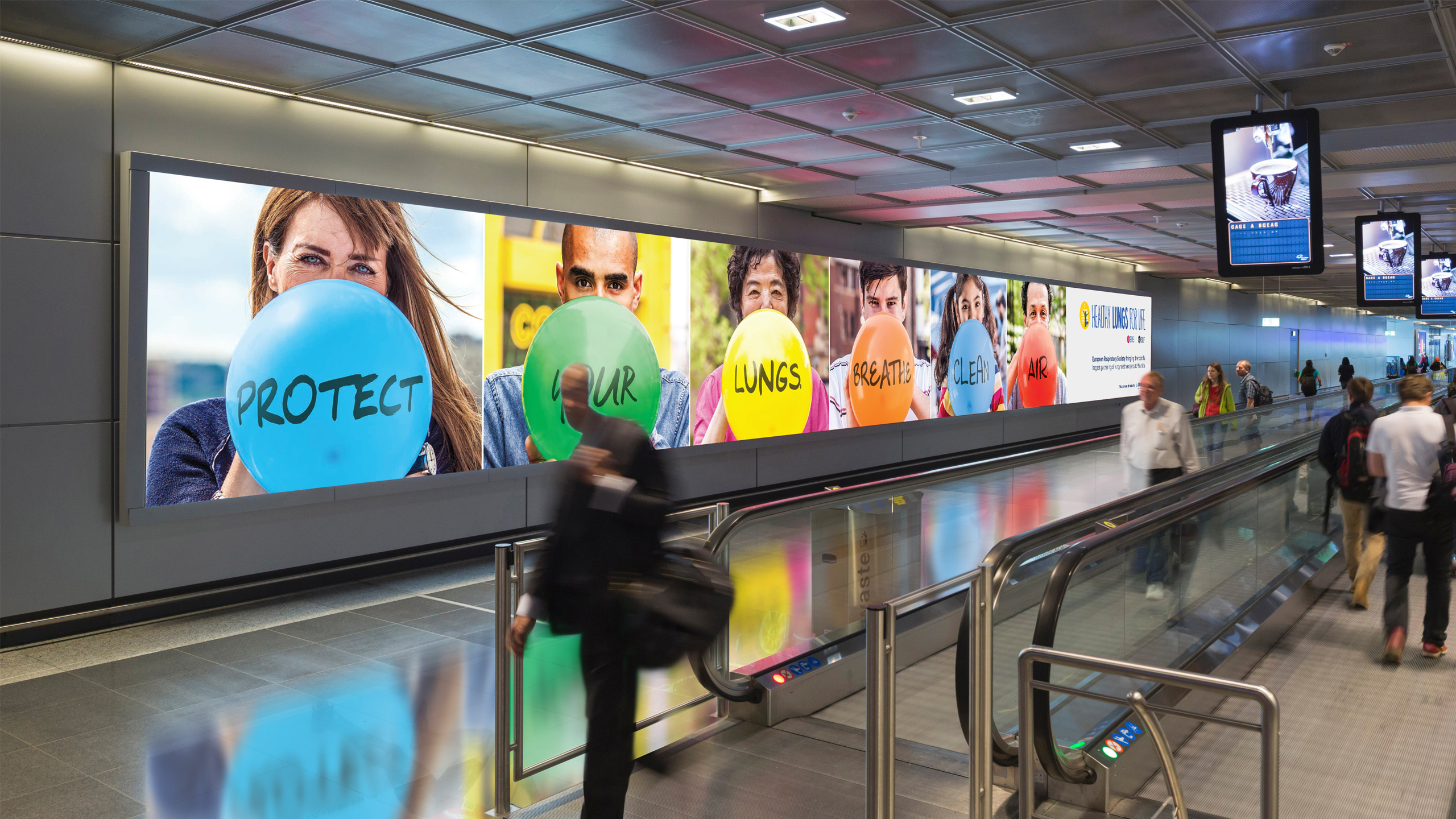 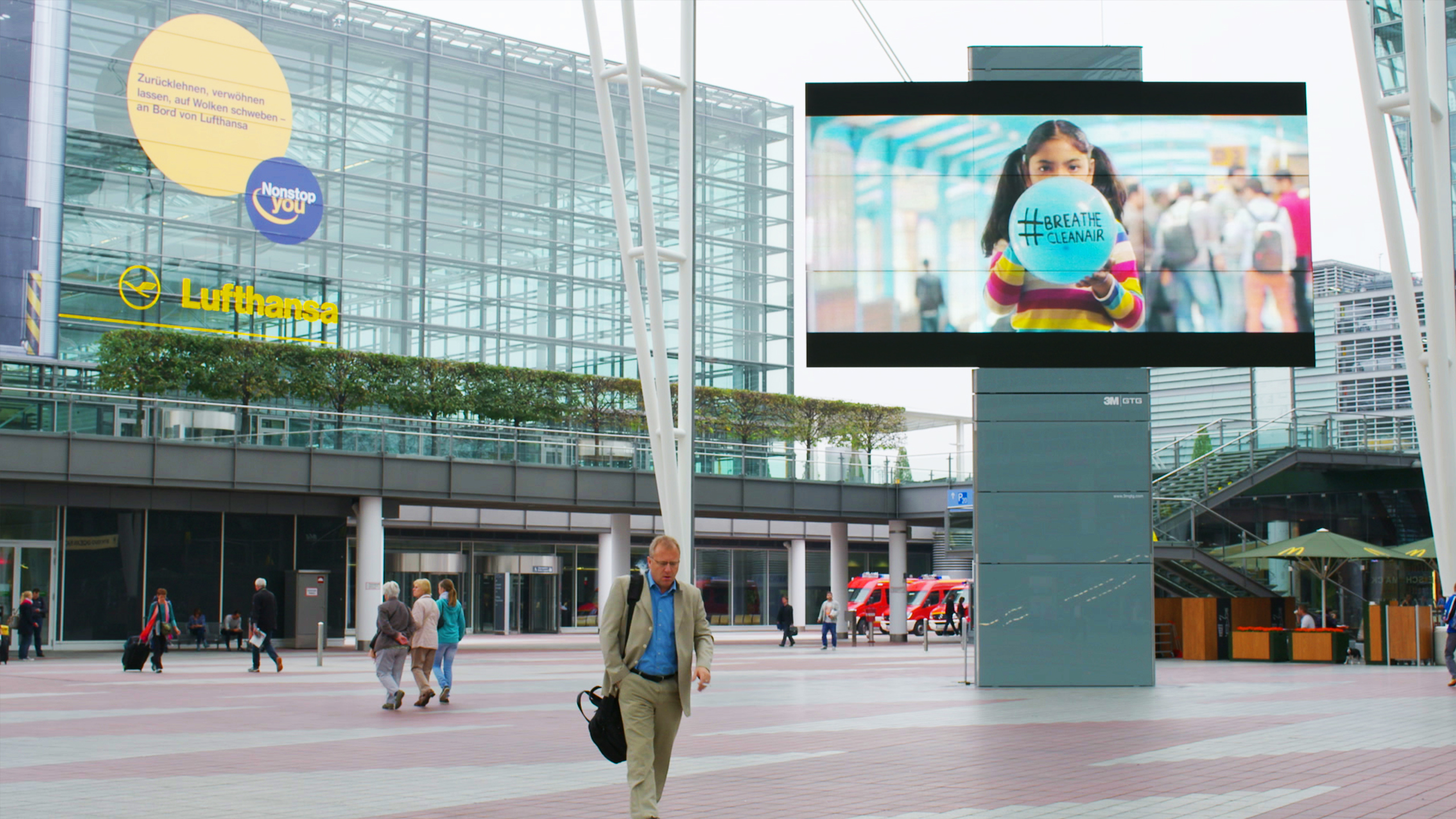 The Healthy Lungs for Life campaign is spearheaded by the ERS/ELF. Its aim is to raise awareness about lung disease with a focus on prevention and public education. Being a charity, budget had to carefully considered throughout. To coincide with the 2014 ERS International Congress in Munich, our brief was to produce a short film and citywide outdoor media campaign on the theme of ‘Breathe Clean Air’. 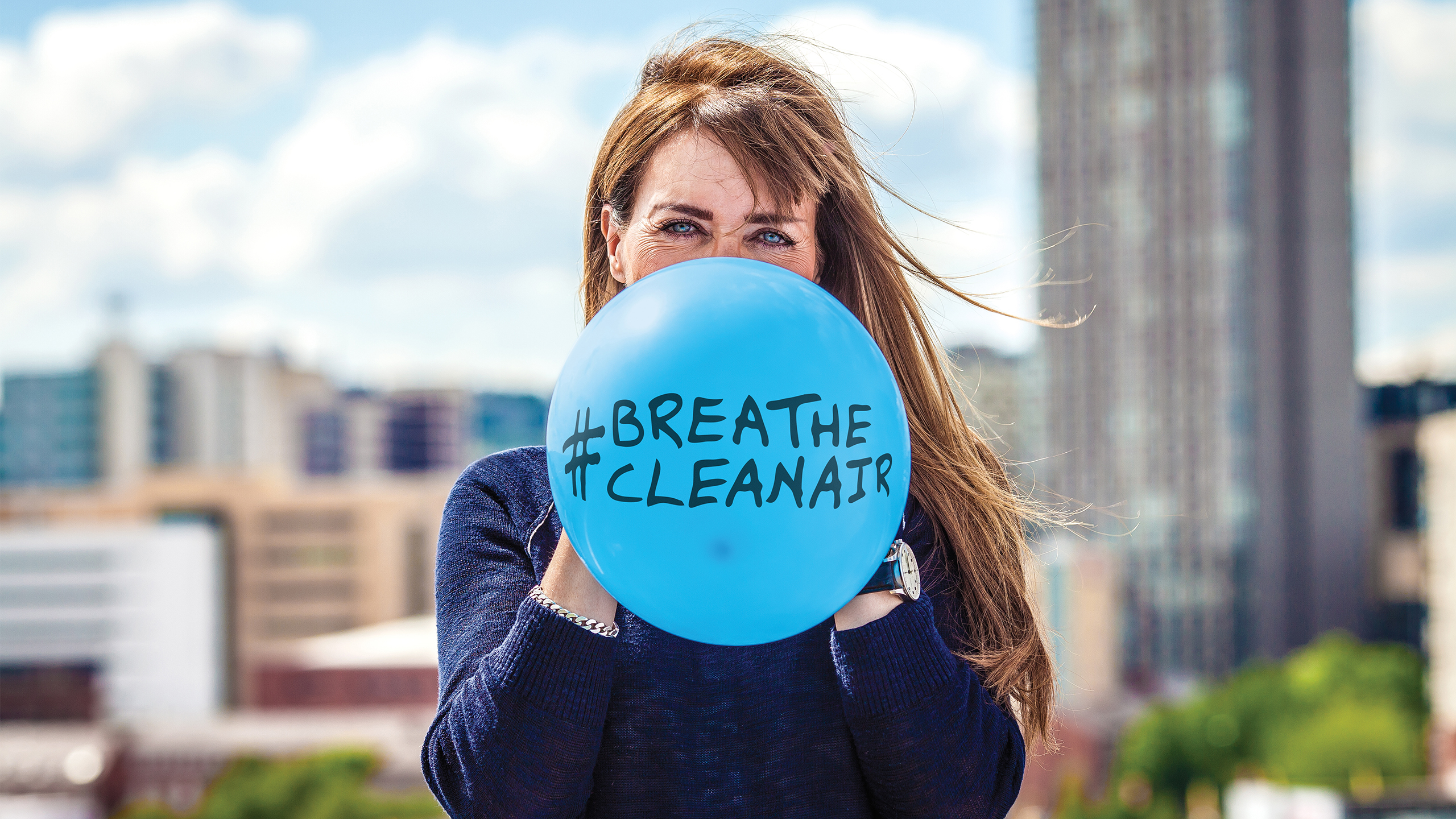 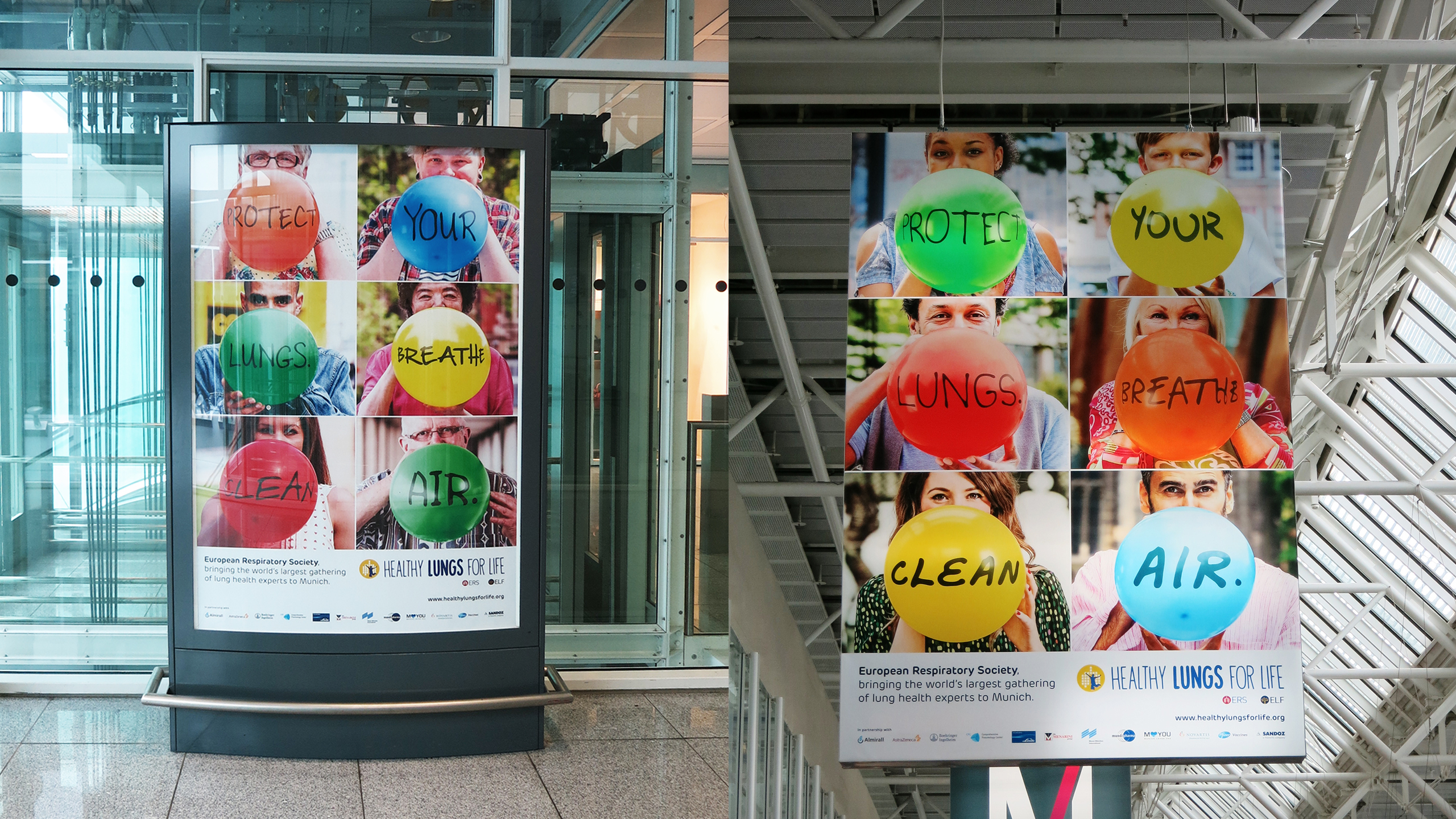 For the ‘Breathe Clean Air’ print and video campaign, we opted to use bright and colourful balloons to celebrate clean air and healthy lungs. We contrasted these with hard hitting facts about air pollution and lung diseases. The visuals featured in prominent poster and digital sites across Munich city centre and Flughafen Airport. 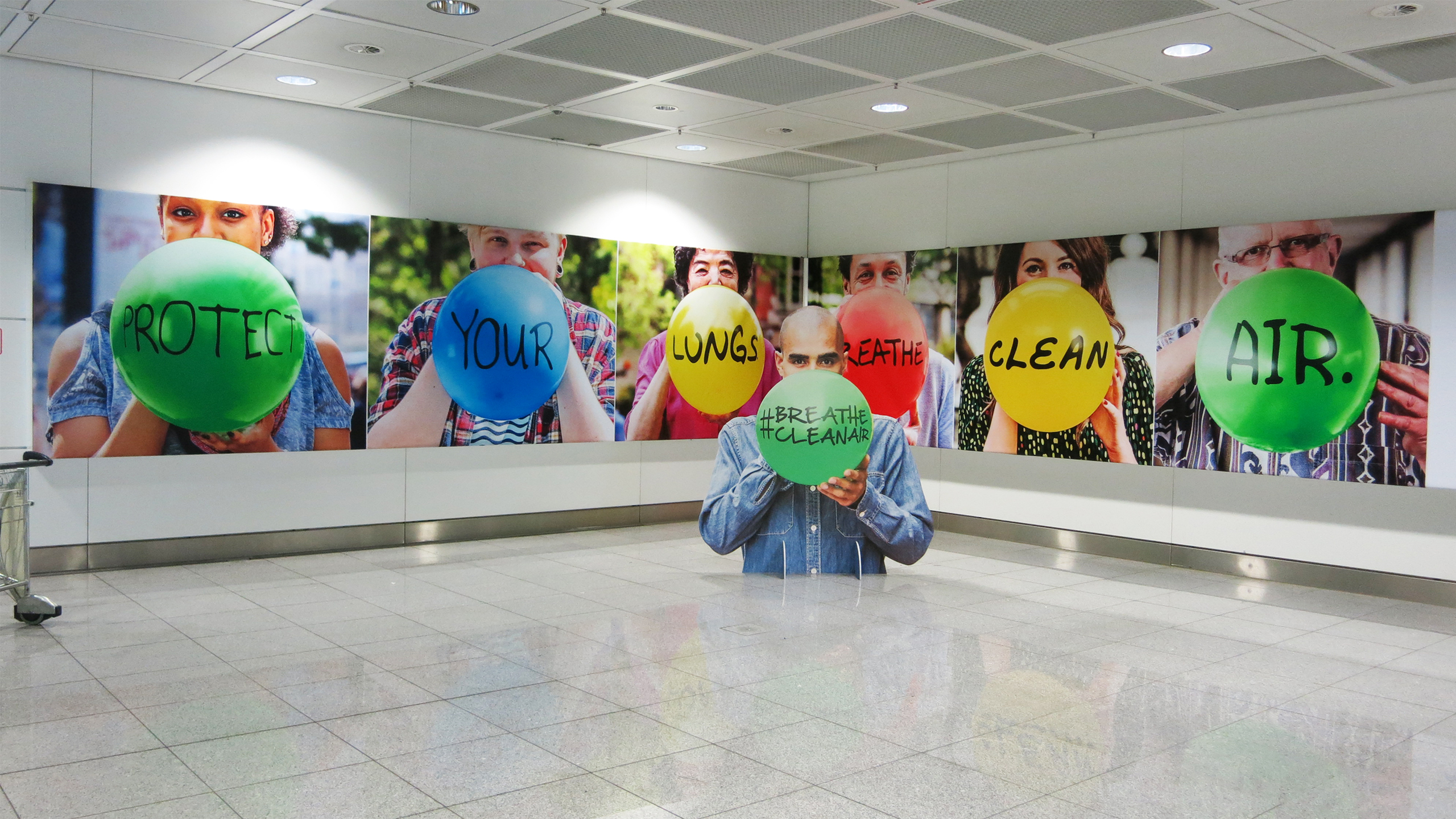 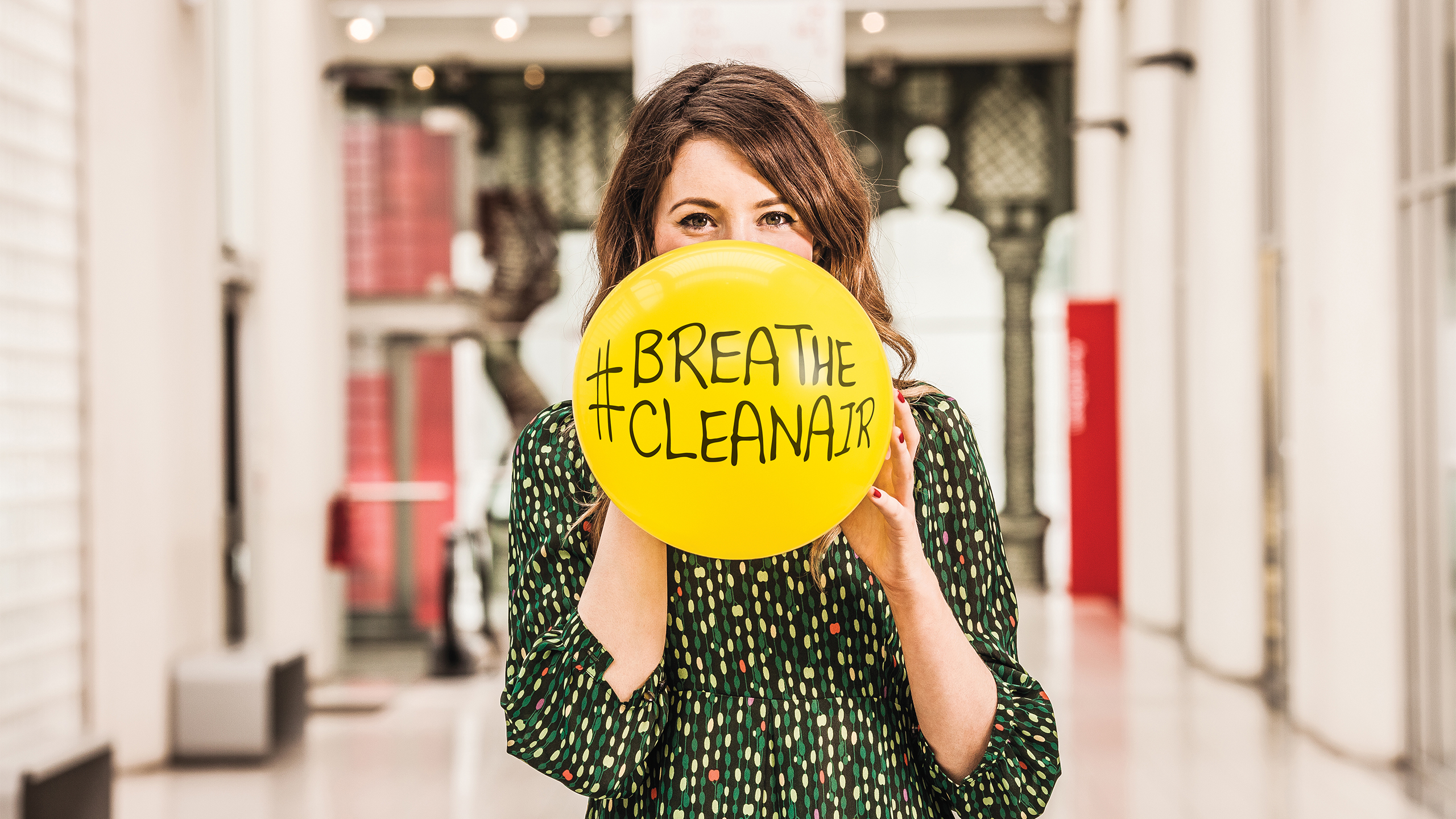