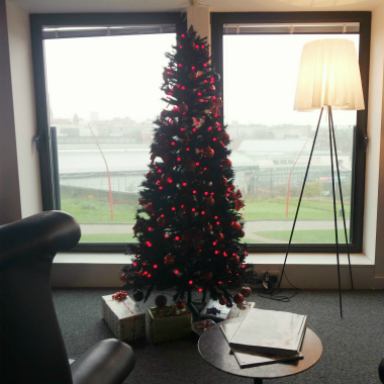 Remember when Burger King reached out an olive branch to McDonalds only for it to end up being a bit of a flop? Microsoft and Apple are next to jump on the ‘end to rivalry’ theme with this holiday stunt. To celebrate the festivities, Microsoft employees approached Apple’s 5th avenue store to embrace togetherness, putting brand differences aside. Pitching itself as a good neighbour to Apple, Microsoft have really maxed out the season of goodwill vibe, as well as pushing a good bit of promotion for their flagship store.

Social Media Managers rejoice. News circulated this week that Instagram is testing support for multiple users on Android devices. It’s been a bugbear for many, especially when dealing with multiple client accounts… Could this finally mean the end of constantly logging in and out?! Instagram is yet to comment, but it’s fingers crossed for those managing accounts for the platform.

Read more about the news here.

Christmas has well and truly arrived in the office, as we head into December and hitch the decs up. It may have taken us two days to get that tree up, but we’ve finally perfected those twinkly lights. With Secret Santa and the reveal of a Christmassy project we’ve been working on still to come, the festivities are in full swing!